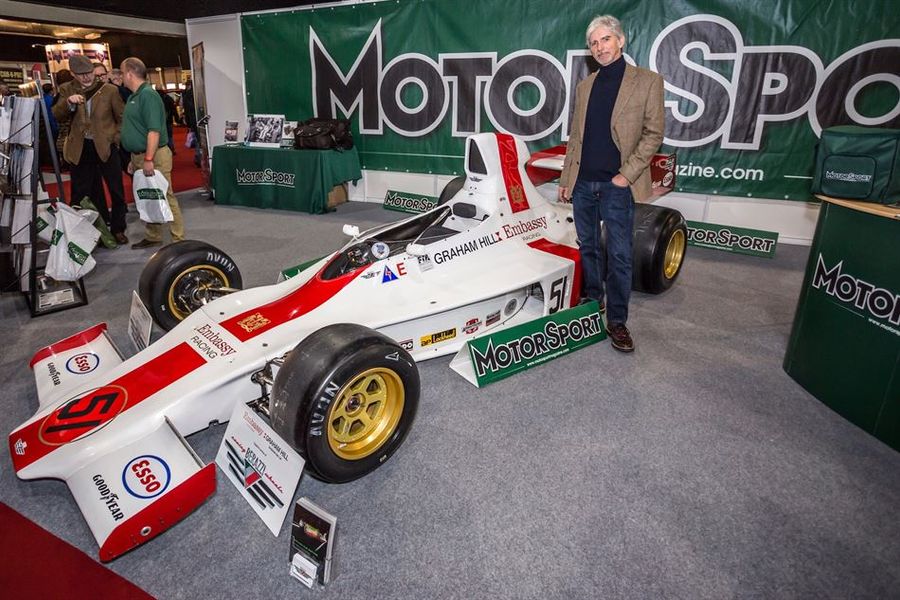 The Race Retro exhibition has confirmed an association with Motor Sport Magazine when the historic motorsport show returns to Stoneleigh Park, Warwickshire, in 2017. Held from Friday the 24th to Sunday 26th of February, the new three-year partnership will see Motor Sport’s Hall of Fame develop into a live spectacle within a dedicated Motor Sport Magazine Hall at Race Retro.
Hall of Fame Live will give visitors the chance to meet Hall of Fame inductees from racing and rallying as well as enjoying live interviews with the stars. There will also be stunning displays of the cars and bikes that lead them to victory.
Visitors will also have the opportunity to vote for their favourite motorsport legends who have been shortlisted to be inducted at the next Hall of Fame awards gala dinner in May 2017 and beyond.
Race Retro Event Director Daniel Nwaokolo said: “We are delighted to be working in partnership with Motor Sport and Race Retro. Having motorsport legends – be they the cars and motorcycles or drivers and riders – at the show, interacting with enthusiasts, has always been a highlight of the event. Introducing the Hall of Fame as a new feature raises that to the next level.”
The Motor Sport Hall of Fame, launched in 2010, inducts four motoring luminaries each year with names such as James Hunt, John McGuinness, Colin McRae, Niki Lauda, and Giacomo Agostini added to the prestigious list in recent times.
Damien Smith, Editor of Motor Sport magazine said: “We are delighted and excited with this new partnership that will push the Motor Sport Hall of Fame to the next level from 2017 and beyond. We’re looking forward to featuring a physical Hall of Fame display at our favourite historic racing car show of the year, which has always had a perfect synergy with Motor Sport magazine.
“We’d like to thank Clarion Events, organisers of Race Retro, for a partnership that offers so many possibilities to expand the Hall of Fame and take the Motor Sport brand and content to a wider audience.”
Race Retro will be held at Stoneleigh Park, Warwickshire, with tickets on sale later in the year.
Race Retro exhibition Motor Sport Magazine