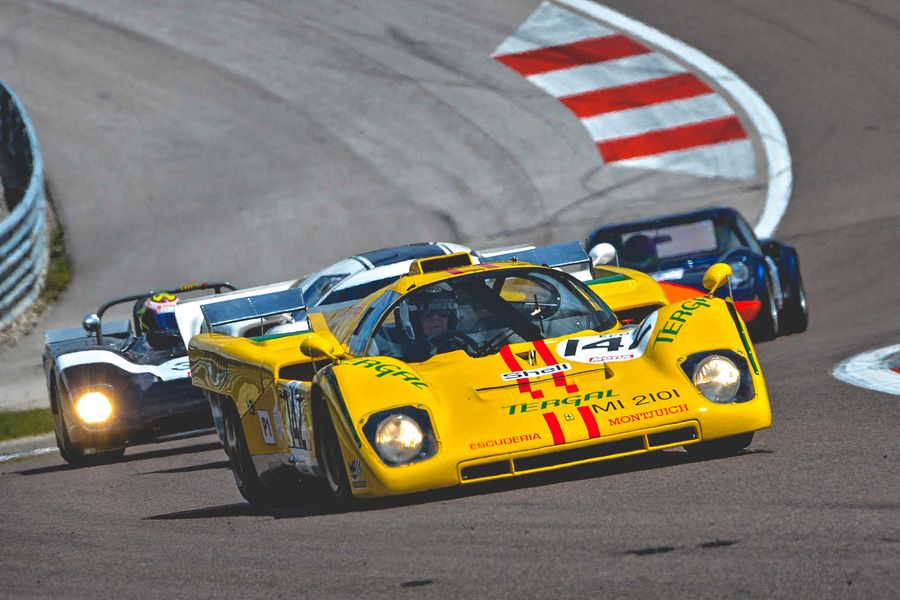 Peter Auto’s 2018 season has they to finish but their 2019 calendar has been revealed with  nine events ranging from Catalonia to Lombardy via the Tour de France in five stages, the Belgian Ardennes, Burgundy, Hungary and Provence.

This calendar of includes the usual blue riband events like the 28th Tour Auto Optic 2ooo and the 5th Chantilly Arts & Elegance Richard Mille. There are also the usual “classics” that host the series by Peter Auto: Classic Endurance Racing 1 & 2, Sixties' Endurance, The Greatest’s Trophy, the Heritage Touring Cup, Group C Racing and the 2.0L Cup.

The Blue Riband Events:
- Tour Auto Optic 2ooo (29th April-4th May): the 28th staging of this event that has helped forge the reputation of Peter Auto will once again be run over a new route on the most beautiful roads in France. More details will be announced in December. As is the case every year, an automotive theme will be highlighted, and in 2019, vanished English makes have pride of place.

- Chantilly Arts & Elegance Richard Mille (30th June): this event conceived by Peter Auto, which is now held every two years in the early summer in alternation with Le Mans Classic, is among the three most prestigious rendezvous of its kind on the international scene. Concours d’Elégance, Concours d’Etat, Concours des Clubs and the “Art de vivre à la Française” take place over an “elegant” day in the Chantilly château domain. The fifth staging of Chantilly Arts & Elegance Richard Mille in 2019 promises to be even more splendid than ever before!

The Classics:
- Spa-Classic (17th-19th May): created in 2011 on the drivers’ favourite circuit, the Belgian rendezvous is now one of the major European events for historic racing cars.

- Grand Prix de l’Age d’Or (7th-9th June): this prestigious rendezvous among the events for historic racing organised once again by Peter Auto since 2014 has now returned to its former glory. Its much appreciated circuit has been completely revamped making it a choice rendezvous.

- Les Dix Mille Tours (18-20 October): the event in Provence will celebrate its 10th staging to end the season on a high note.

The Comebacks:
- Espίritu de Montjuïc 2018 (5th-7th April): held for the first time in 2018, this event in Catalonia was a big hit with entrants and spectators alike. It will kick off the season of the series by Peter Auto.

- Hungaroring-Classic (12th-14th July): in 2017, Peter Auto organised the first Hungaroring-Classic confirming its commitment to providing its entrants with the opportunity to race on new circuits on a regular basis. In July 2019, the series by Peter Auto will be back on the Hungarian track a few kilometres outside Budapest.

- Monza-Historic (20th-22th September): Peter Auto already visited the Monza Nazionale Autodromo, the temple of speed and home of the tifosi, in 2015 and 2017, and it is back on the calendar again. Thus, the tradition that every year an event takes place in Italy, home of numerous legendary circuits and some of the most beautiful and prestigious sports cars, will again be respected.

- Le Rallye des Légendes Richard Mille (dates in autumn): Peter Auto’s latest ambition is to see the most beautiful wonders produced by the world’s motor car industry roaring along French roads again in an exceptional rally, thus reinforcing its role in celebrating the “Art de vivre à la Française” with the backing of its faithful partner, Richard Mille. The first staging in 2018 was a success and the next one promises more marvellous surprises in exceptional settings.