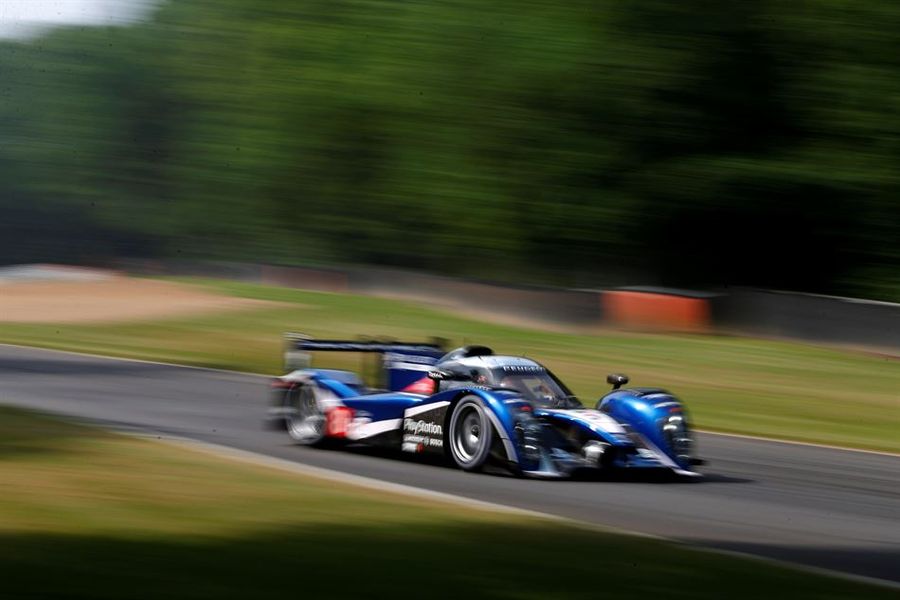 A clash on the opening lap between Niki Leutwiler’s ORECA and Auguas’ Peugeot-mounted teammate David Porter saw the early part of the race run behind the safety car, a situation that turned out to have a profound effect not he race. The safety car stayed out until after the opening of the time window for the compulsory pitstops, allowing Auguas to bring his Peugeot 908X in and reduce the effect of his extended pit time due to his professional driver status.

That still meant Aguas emerged in seventh, but he quickly climbed the order and and closed on Alex Kapadia, who had taken over the ORECA started by Martin Rich. Into the lead on lap 19, it was only a brief delay behind a back marker that allowed Kapadia to close on the final lap.

The first FIA Masters Historic Formula One Championship race of the weekend saw Nick Padmore and Martin Stretton locked together for much of the race, Stretton showing his Tyrrell’s pace with several quickest race laps but never able to find a way past Padmore’s Williams.

The race was halted early after Katsuaki Kubota and Steve Boultbee-Brooks clashed at Druids, launching the former’s Lotus into a roll - neither driver coming to harm.

The day closed with a 90-minute Gentleman Drivers race, which went to the Cobra of Shaun Balfe and Andy Wolfe, but only after The TVY Griffith of Mike Whitaker was called into he pits from a handy lead with a loss exhaust.

Whitaker rejoined to take second ahead of the similar TVR of Mike Spiers.