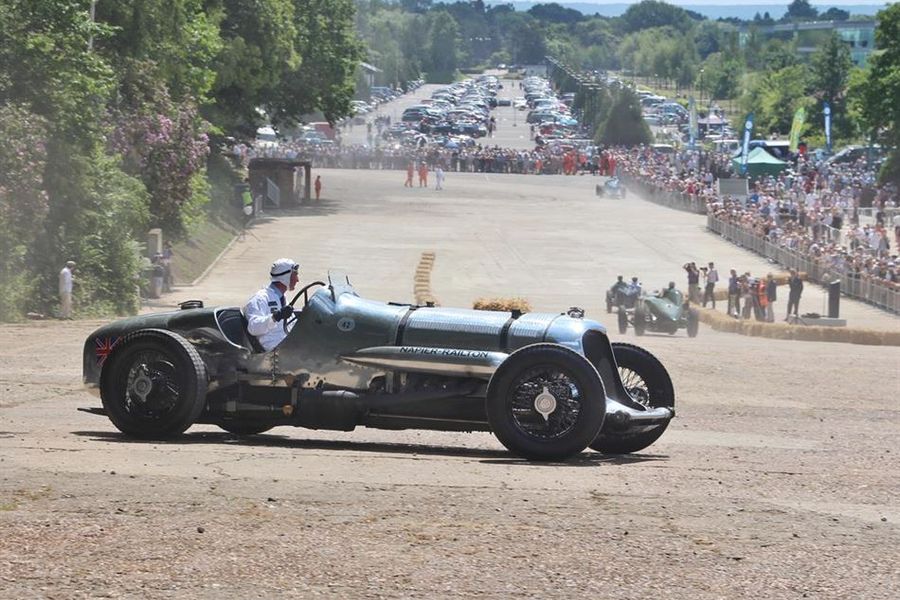 Brooklands Museum’s restoration of the original Brooklands Finishing Straight and the re-instatement of the Paddock Scoreboard was awarded a rare Special Commendation at the FIA (Federation Internationale de l’Automobile), annual gala and prize giving ceremony on December 8th at the Palace of Versailles near Paris.
The Special Commendation was the first ever awarded by the FIA Founding Members' Club, whose annual Members’ Heritage Cup was won this year by the Sports Car Racing Association of the Monterey Pensinsula (SCRAMP) for its annual historic race meeting at Laguna Seca, California.
In a letter to Brooklands Museum Trust Chairman Sir Gerald Acher, the President of the FIA, Jean Todt remarked: “Brooklands has played an important role in British motorsport for over a century, and its legacy will no doubt inspire future generations to follow in the footsteps of some of the great motoring and aviation pioneers.”
The Special Commendation is in recognition of a major part of a six-year long transformation of the 32 acres of the original Brooklands Race Track, entitled Re-Engineering Brooklands. This £8.5million project has also seen the removal, restoration and reconstruction of the Bellman Aircraft Hangar that had stood on the Track since December 1940.
It was just one of many dispersal buildings erected around the site to cope with the increase in aircraft manufacture during World War II. Remarkably, the original surface of the Finishing Straight had survived substantially complete underneath the Hangar, a fact which greatly assisted the Straight’s restoration.
The restored Finishing Straight was officially opened on June 17th 2017 – the 110th anniversary of the original opening of the Track - during the annual Brooklands Double Twelve Motorsport Festival. On the following day the Finishing Straight hosted its first competitive event – the Double Twelve Driving Tests – since the Track closed in August 1939.
In August at the Brooklands Reunion, the re-created 12m high Scoreboard was unveiled and can now be used to display the names of competitors and the results of events on the site. (It was used for the first time in this role at the recent veteran motor tricycle races organised by the De Dion-Bouton Club – that being the first actual race held on the Brooklands Track since 1939, and held on the 120th anniversary of the very first motor race meeting in Britain, which had been held at Sheen House, Richmond on 29th November 1897.)
On 13th November, the newly restored hangar building - now re-interpreted as the Brooklands Aircraft Factory - was opened to the public, displaying much of the Museum’s aviation collection in a unique factory setting featuring interactive workshop activities and exhibits. For the first time since Brooklands closed as a racing venue in 1939, the historic Members’ Banking, Paddock and Clubhouse, Finishing Straight and Test Hill are all joined together, viewable in context and available for motoring and aviation events.
Welcoming the Commendation, Museum Director and CEO Allan Winn said: “We are very honoured that the FIA has chosen to recognise the amazing transformation of Brooklands through this project – it is a timely reminder that the World’s governing body of motorsport has not forgotten the formative role which Brooklands played in establishing motorsport as we know it today.”