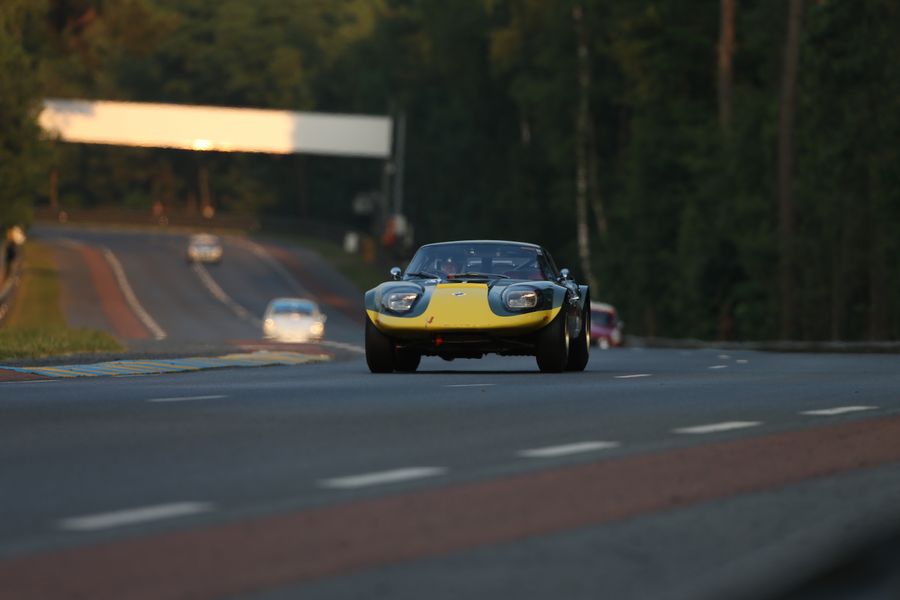 The one-off Marcos LM1800 that was entered for Le Mans in 1968 will be one of the star cars when 60-years of Marcos sports cars is celebrated during the eighth Castle Combe Autumn Classic on Saturday 5th October.

Demonstration laps by the unique car will be one of the highlights of the event and will bring a further flavour of the Le Mans 24-hours to the Wiltshire track.

The specially developed two-litre Volvo-powered LM1800 was entered for the famous 24-hour for Marcos founder Jem Marsh and John Quick. It featured an extended nose section and flared rear wheel arches in readiness for Le Mans, which was run in September that year after student protests across France forced the race to be postponed from its traditional June date.

Sadly, the LM1800 did not qualify for the race and it was not until 1995 that a works Marcos successfully competed in the famous race when Jem’s son Chris was joined by David Leslie and former F1 racer Francois Migault in an LM600.

The LM1800, based on a 1966 chassis, has spent the last 20-years in Sweden but has recently returned to the ownership of the Marsh family after a gap of 50-years. Chris Marsh raced it during the 2018 Le Mans Classic and plans to run some demonstration laps at the Castle Combe Autumn Classic.

“It is an iconic car in Marcos history and we believe it raced at Castle Combe in period,” said Marsh. “It is now coming back to the Marsh family and we’ll give it a check over but it should be ready for a demonstration run. We certainly plan to race it: my father always believed in using cars and we can’t have it stuck in a garage.”

To mark 60-years since the late Jem Marsh built his first Marcos, a huge gathering of both road-going and racing examples of the Marcos marque is planned and Club Marcos International will be strongly represented in the display of road cars.

During the Autumn Classic, the Marcos team will be unveiling plans to give enthusiasts a chance to be more closely involved in the Le Mans car.