Jaguars to the Fore at the Classic 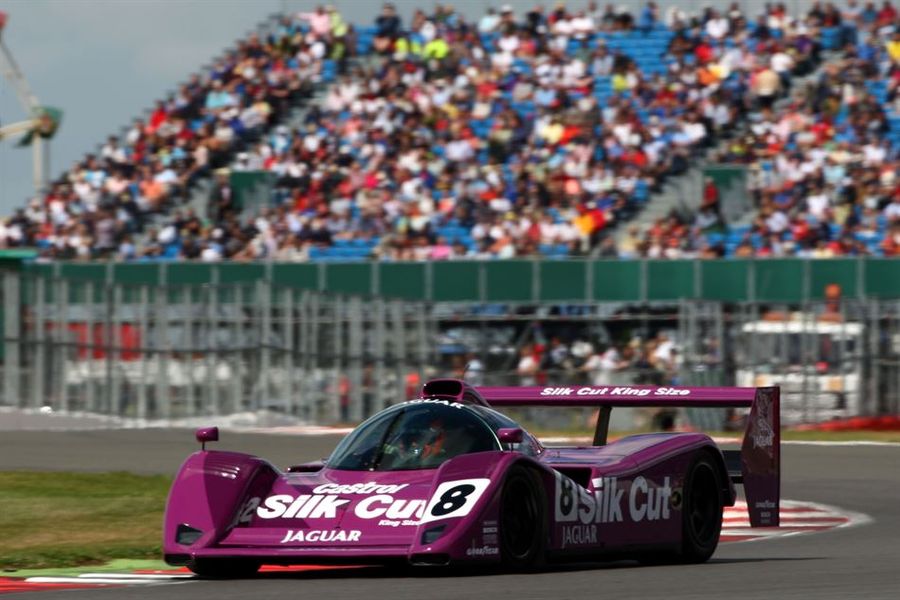 Jaguar’s racing heritage has always been massively to the fore at the Silverstone Classic and, visitors to this year’s Classic (29th to 31st of July) will be able to see racing Jaguar C-types, D-types, E-types and Group C prototypes in all their glory roaring around the famous Grand Prix circui.
Jaguars have savoured notable successes in recent years including victories in the Royal Automobile Club Woodcote Trophy for Pre-’56 Sportscars, Sir Stirling Moss Trophy and International Trophy for Pre-’66 GT Cars. The outright lap record around the Silverstone Classic circuit is held by a 1991 Jaguar XJR-14 sports-prototype, set by Nic Minassian in 2013’s spectacular Group C retro races. The French ace averaged close to 123mph around the 3.64-mile layout in the remarkable Ross Brawn-designed record-breaker – a sensational time that’s yet to be topped.
Additionally, the British marque has been named the ‘Official Experiential Partner’ for this year’s classic, and will offer the opportunity to sit alongside a professional driver as he ‘drifts’ (never though we would use that word on this website) an F-Type in what will apparently supply ‘heart pumping thrills’ and be a ‘mind-boggling experience’. We prefer the XJR-14.
Jaguar Jaguar C-types E-types Silverstone Classic D-types Group C