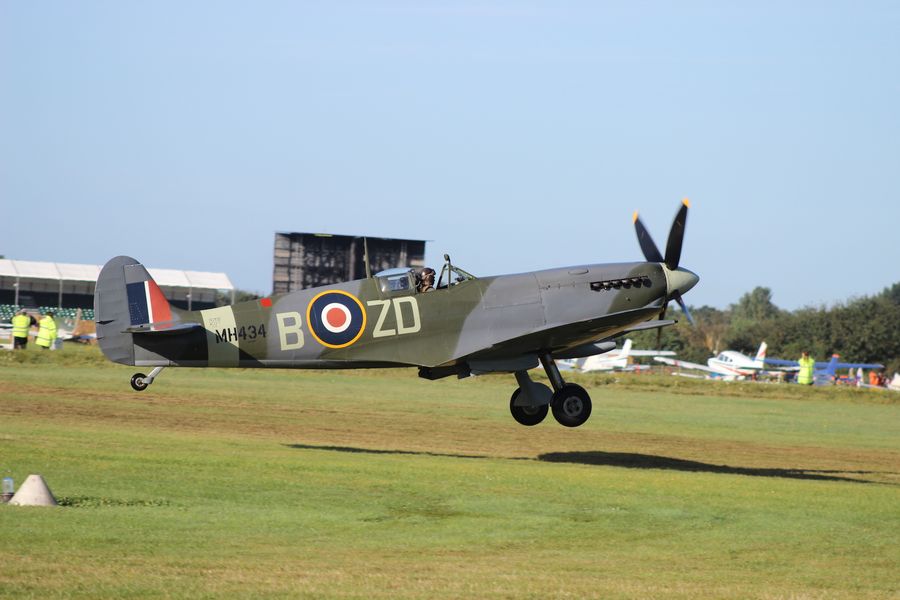 As one of the Royal Air Force’s operational airfields used during the D-Day landings, and as a home to British General Hospital staff throughout the war, Goodwood will pay  tribute to those who made the momentous crossing of the English Channel on June 5th-6th 1944.

Goodwood Aerodrome and the Goodwood Motor Circuit stand on what was once RAF Westhampnett. Pressed into service as a satellite of RAF Tangmere during the Battle of Britain, Westhampnett-based squadrons, most often equipped with the Supermarine Spitfire, later flew offensive missions over occupied Europe and continued to defend British airspace against enemy aircraft including V1 ‘doodlebug’ flying bombs.

Among the most celebrated airmen to be based at Westhampnett during the war were legendary ace Douglas Bader and his wing-man Tony Gaze, whose enthusiastic motoring around Westhampnett’s perimeter track helped lay the foundations of the Goodwood Motor Circuit.

When the time came for the Allies to launch their invasion of Normandy in 1944, Westhampnett was filled with Hawker Typhoon fighters from 184 Squadron RAF, equipped with 60 lb rockets to tackle ground targets. Among the sorties flown on D-Day, 184 Squadron intercepted a force of 10 tanks near Ouistreham that was preparing to repel the British soldiers holding Pegasus Bridge.

Not only was Goodwood in the vanguard of the forces crossing to France, but also Goodwood House served as a home for several British General Hospital units throughout the war, including the D-Day period. The State Rooms of Goodwood House were turned into hospital wards that held 1,000 beds, with the ballroom acting as the central ward.

The focal point for Goodwood’s D-Day commemorations will fall on the Goodwood Revival on September 13th-15th. The event is expected to feature appearances by campaign veterans and examples of vehicles and hardware from the landings, while a Douglas C-47 Skytrain will conduct a poppy drop and parachute drop in honour of those who fought to free Europe from tyranny.

The Duke of Richmond commented: “As an airman himself, it was clear to my grandfather, the ninth Duke of Richmond, that Goodwood would be able to offer considerable support to the war effort of this country.

“The construction of RAF Westhampnett was completed just in time to play a part in the defence of this country in 1940. From there it took a prominent role in operations over occupied Europe and of course the momentous D-Day landings. The entire Goodwood Estate was mobilised behind the forces of liberation and we hope that our contribution to the 75th anniversary commemorations this year will prove memorable and poignant.”