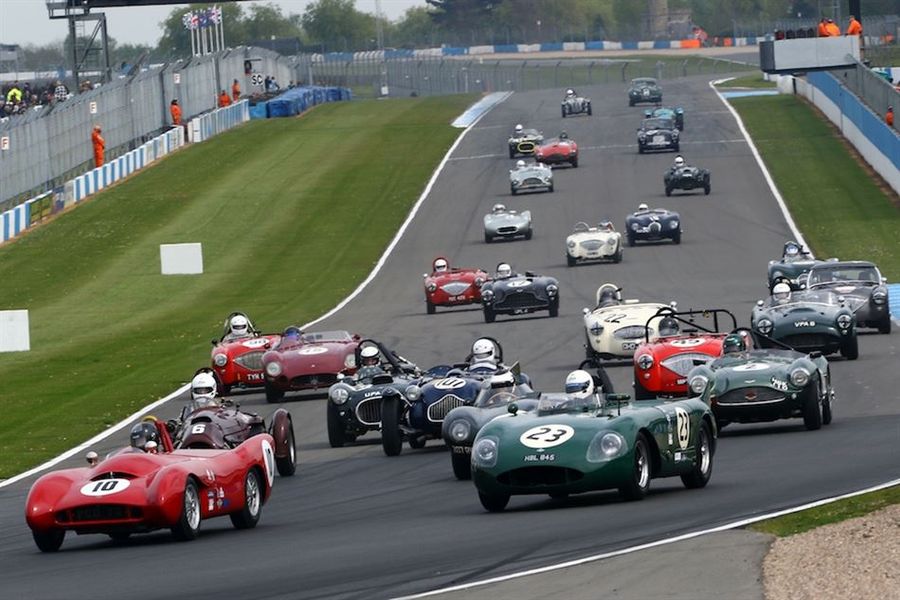 Visitors to this year’s Donington Historic Festival (May 4th, 5th and 6th) will enjoy three days of world-class historic motorsport from an outstanding line-up of grids featuring an incredibly diverse range of racing machines spanning nine decades. From pre-War sports cars to the Super Tourers of the early 2000s, and from single-seaters to gorgeous GTs, the action-packed event will have something to appeal to lovers of all eras of motorsport.

Fans of the earliest decades of motorsport can enjoy the sight of huge 1920s Bentleys and powerful Bugattis sharing the track with tiny Austins and Morgans in the ‘Mad Jack’ Pre-War Sports Car race, named after Richard ‘Mad Jack’ Shuttleworth, winner of the first-ever Donington Grand Prix in 1935.

Single-seater fans have three grids to enjoy. New to the Festival for 2018, the HSCC Derek Bell Trophy is for Formula 5000 and Formula 2 single-seaters built and raced between 1967 and 1979 - so watch out for potent cars with wings and slick racing tyres. There are two FJHRA/HSCC ‘Silverline’ Championship grids - one for front-engined and one for rear-engined Formula Juniors, each showcasing the lovely little machines that were developed for a racing formula that was introduced 60 years ago to train future Grand Prix drivers.

There are always plenty of Ford Lotus Cortinas in the U2TC for pre-66 under two-litre Touring Cars but they face stiff opposition from such models as BMW 1800 TISA and Alfa Romeo Giulia Sprint GTA. Equally hard-fought is the Historic Touring Car Challenge with Tony Dron Trophy, which brings together a fantastic array of pre-1991 British and European Touring Cars - the type of beefy machines that most of us could only dream of driving back in period.

‘Big cat’ enthusiasts will have plenty to purr about when C-types, D-types, low drag E-types and other pre-66 Jaguars power round Donington Park in the Jaguar Classic Challenge, while the Lister Jaguars, Ferrari 246 Dinos, Lotus 15s and other stunning, purpose-built pre-61 sports-racers of the Stirling Moss Trophy are always hugely exciting. The drivers are competing for the actual cup that Sir Stirling Moss won in the 1955 British GP, which gives them an added incentive not to hold back.

The Royal Automobile Club Woodcote Trophy features some of the most beautiful post-War to pre-56 road-racing cars ever built, including D-type Jaguars, DB3/S Aston Martins and Austin-Healey 100Ms, while the GT & Sports Car Cup sees genuine pre-66 GT cars and pre-63 sports-racing cars of a type that was raced in the World Endurance Championship in period take to the track. Finally, the Pre-63 GT features such iconic machines as Short Wheelbase Ferraris, DB4GT Astons, AC Aces, SZ Alfas and Lotus Elites – all to genuine pre-1963 specification.