Can-Am Classics Thrill on the Hill 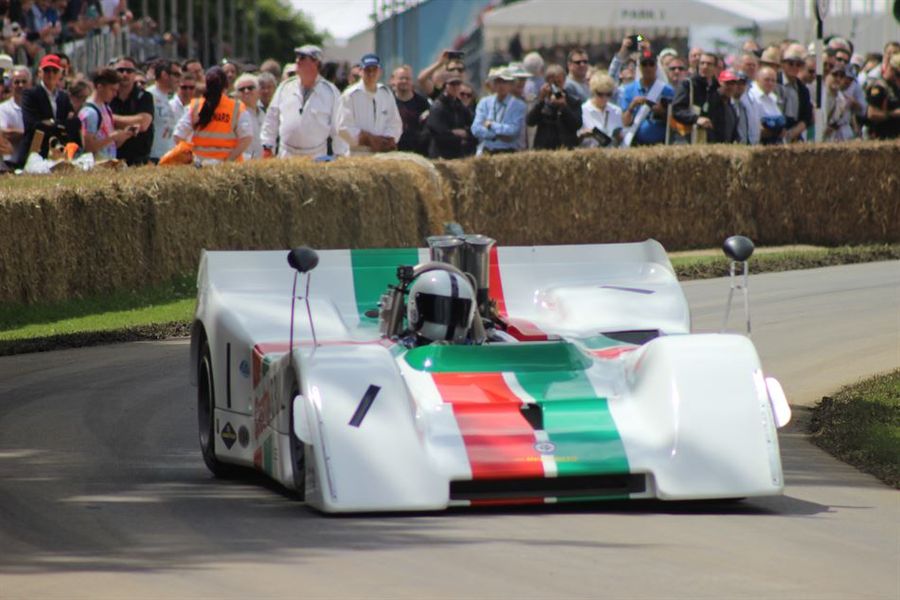 These include the sensational Castrol-liveried BRM P154 which the Hepworth team finished on the eve of the event. Also out in public for the first time in many years is their Hepworth GB1, the orange racer built in 1980 using a BRM P230 Formula One chassis. Having impressed in UK testing the car was crashed at Riverside in the US and never raced, and has now been returned to its original specification.

Other standouts include the Ferrari 712 – the largest displacement car ever made by the Scuderia – of Paul Knapfield and Lionel Dodkins’ awe-inspiring March-Chevrolet 717.

Evergreen star Brian Redman, who raced Can-Am cars in period, braved the massively powerful Revs Institute Porsche 917P/A. Unfortunately, his run coincided with a sudden deluge which resulted in a brush against the hay-bales. Fortunately, the legendary Lancastrian emerged unscathed.