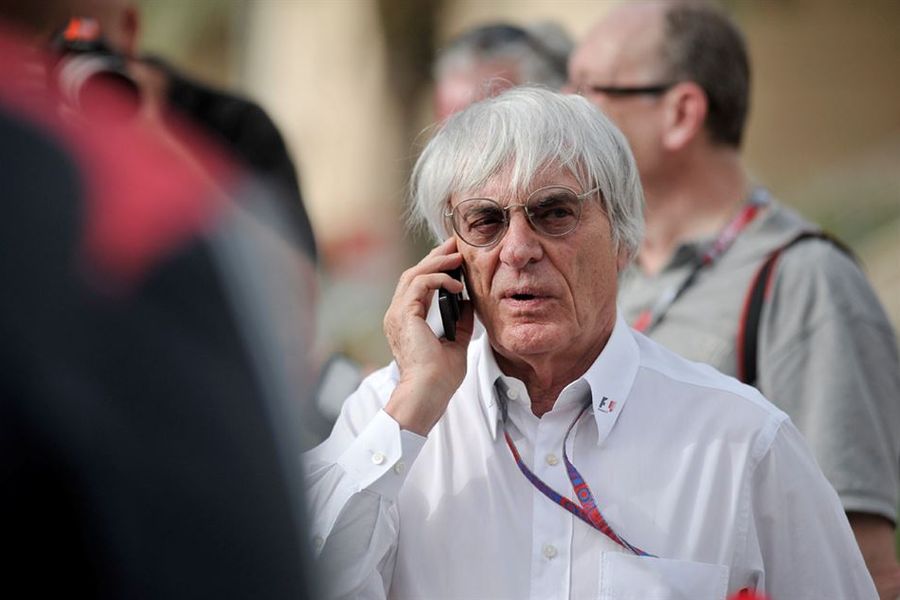 For the first time ever, the Central Feature at Goodwood’s Festival of Speed presented by Mastercard (June29th – July 2nd) will celebrate an individual rather than an honoured marque. This year the giant sculpture sweeping the sky in front of Goodwood house will be in celebration of Bernie Ecclestone’s extraordinary life and career.

Bernard Charles Ecclestone, known to friend and foe alike simply as Bernie, is one of the most influential people in the history of motor sport. Over the last 40 years he has transformed Formula One, using his legendary vision and business acumen to develop the sport into a multi-billion dollar global phenomenon.

"This is not so much a tribute, but rather a Goodwood celebration of a racer who has had such a huge influence on the sport that we all love," said Lord March, the Festival's founder. "And now that Bernie has stepped aside from running Formula One, he has agreed to spend the weekend at the Festival with many of the great names with whom he has worked during a life dedicated to racing. It's his first visit to the Festival and he will bring with him some great historic Grand Prix cars from his incredible collection."

Often controversial, always impossible to ignore, Bernie will attend the Festival of Speed along with a host of World Champions, team owners, engineers, designers and mechanics from his life in motor racing. The Central Feature of the event, a towering sculpture outside Goodwood House, will display cars from the five different chapters of his life as racer, manager, team owner, impresario and ultimately F1's commercial rights holder.

Bernie Ecclestone's career has not been without its critics, not without some less than popular decisions, but he has always remained a racer at heart, a fan of the sport. In the late 1940s and early '50s he raced both motorcycles and cars, entering the Monaco Grand Prix in a Connaught in 1958. He then turned his hand to driver management with both Stuart Lewis-Evans and 1970 World Champion Jochen Rindt. In late 1971 he bought the Brabham F1 team, forming a highly effective partnership with designer Gordon Murray and drivers including Niki Lauda, Carlos Reutemann, Carlos Pace and Nelson Piquet, who won two World Championships for the team. In 1974, at the request of other team owners, Bernie took control of the F1 Constructors’ Association (FOCA) and for the next three decades he took Formula One on a stormy and often dictatorial journey which saw the sport expand across the world, with 21 races and global television coverage.

Fabled for his mischievous one-liners and rapier wit, Bernie Ecclestone has little time for reflecting on how his legacy may be judged by the racing fraternity.

The Festival will explore 'The Five Ages of Ecclestone', which represent the five distinct eras of Bernie’s career. Each age will be portrayed on the iconic Central Feature, designed by sculptor Gerry Judah once again, by a different car:L

Driver
A regular competitor in 500cc Coopers during the late-1940s and early- ‘50s, the climax of Bernie’s driving career came in 1958, when he entered the Monaco Grand Prix in a Connaught, having bought the team’s assets the previous year.

Manager
After calling time on driving himself, Bernie turned his hand to management, guiding the careers of Stuart Lewis-Evans and Jochen Rindt. The latter became the sport’s only posthumous World Champion in 1970, driving the iconic Gold Leaf Lotus 72.

Team Owner
At the end of 1971, Bernie purchased the Brabham F1 team, forming a formidable partnership with designer Gordon Murray, and drivers including Carlos Pace, Carlos Reutemann, Niki Lauda and Nelson Piquet. The latter took the first of two World Championships for Brabham under Bernie’s ownership in a BT49 in 1981.

Legend
Simply, there is only one ‘Bernie’ in motorsport. The 2016 World Championship-winning Mercedes-AMG W07 brings the story of his time in Formula 1 right up to date.

Significant names from Bernie’s life, including World Champions, former Brabham drivers and team members, team owners past and present will be at Goodwood, alongside Bernie himself on Sunday July 2nd when there will be a key moment in front of Goodwood House at 3pm.