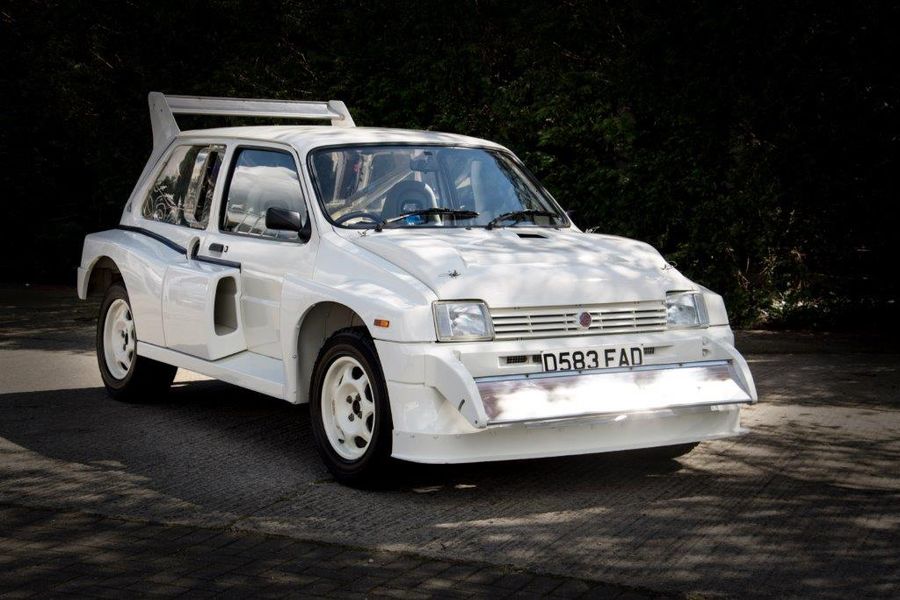 A low mileage 1985 MG Metro 6R4 is to be offered at Silverstone Auctions’ debut sale at Autosport International on 12th January at the NEC, Birmingham. One of only 200 cars built, this homologation rally special was purchased by the marketing department of Williams Grand Prix Engineering in 1988. Today, having covered just 175 miles, the 6R4 is estimated at £180,000 to £200,000.

“One of rallying’s true icons, the MG Metro 6R4 stands up there with legendary 80’s classics like the Audi Quattro, Lancia 037 and Renault 5 Turbo,” explains Lionel Abbott, classic car specialist at Silverstone Auctions. “This is the closest you can get to driving a Group B rally car on the road. A homologation special like this with such low mileage presents a rare opportunity for rally fans and enthusiasts alike.”

For many rally fans, the Group B era still represents the pinnacle of the World Rally Championship, when cars were allowed unlimited amounts of boost and machines produced upwards of 600bhp. The MG Metro 6R4 was Austin Rover’s entry into the world of rallying. Developed in collaboration with the Williams F1 team, the 6R4 first competed in the 1985 Rally GB and finished in an impressive third place. Sadly, halfway through the 1986 season, Group B was banned, meaning the 6R4 never had the opportunity to show its true potential.

Per homologation rules at the time for Group B rallying, 200 road-going 6R4s were built. These ‘Clubman’ models developed approximately 250bhp from the 3.0 litre mid-mounted V6 engine. This particular car remained in possession of Williams Grand Prix Engineering until 2005 when it was auctioned off as part of the Williams F1 Reserve Collection, before being purchased by The Tifosi Garage, who then sold the car to the current owner in 2015.

A full mechanical re-commissioning took place in 2017 by Rally car specialists BGM Sport which included a full overhaul of the fuel system and fuel pump along with fitting a later-type belt kit and idlers. The car now presents in sparkling condition, finished in white with a grey interior.

“Rally cars from this period have a certain mystique and have become highly sought after by collectors. This is an unusual, and probably unique, opportunity to acquire an original Group B homologation car,” concludes Lionel.

Opening Rally the Globe Event Already a Sell Out