Tom Kristensen, Collections of Photos and Paintings, a Special Jaguar and Rick Shortle...it's a Bookshelf Round Up! 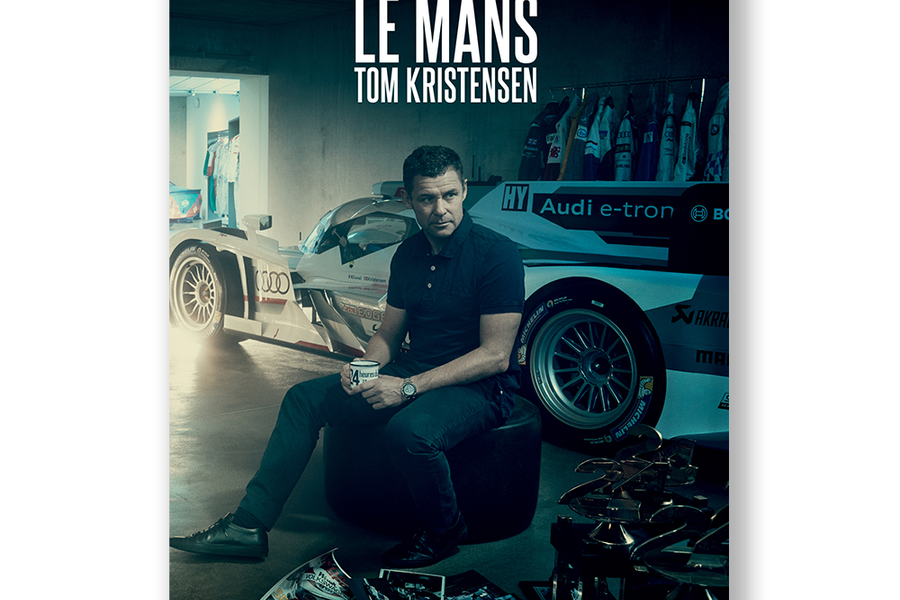 Paul Tarsey has been making the most of the UK's latest lockdown by hunkering down with a batch of the latest books, and now shares his views of the varied volumes.

Mr Le Mans by Tom Kristensen
Most motor racing fans will know that between 1997 and 2014, Tom Kristensen won the Le Mans 24 Hours, a record nine times and finished on the podium on five more occasions. He has, quite rightly earned the nickname Mr. Le Mans but, having read the book from cover to cover, almost in one sitting, it is clear that the name sells him short. Because Tom Kristensen is about so much more than ‘just’ Le Mans, as the book explains.

Inevitably the early days in Karting and the junior single seater formulae are covered and then his time in Formula Three in 1991 and then in Japan a couple of years later form the basis for the great career that was ahead. F3000 was a distraction for many drivers of the time although that lead to a F1 test for Tyrrell, which makes one wonder what might have happened had that drive materialised. The truth is that we would have been robbed of one of the greatest quite possibly THE greatest) sportscar driver of all time.

That first victory in the TWR Porsche run by Reinhold Joest seems a distant memory now but the emotions. as the unfancied privateer car vanquished the factory cars, come flooding back but it’s the year 2000, when TK had his first Le Mans drive with Audi, which really sets the story alight. He was to win the next five editions of what is arguably the most famous motor race in the world, the fifth of these wins behind the wheel of the Bentley.

But it would be unfair to focus solely on his Le Mans victories, or even his superlative record in sportscars generally. Kristensen is a natural and gregarious person, as those of us who have met and worked with him over the years will testify to, but he is honest and frank about his racing life as well. His big, damaging shunt in touring cars took a lot out of him and he is straightforward and honest about the effect that had upon him.

Dan Philipsen, Tom Kristensen’s collaborator on this book, is an editor at TV2 Sport, Denmark’s leading sports broadcaster, and formerly a journalist with the daily newspaper Jyllands-Posten. He has done an excellent job of creating a great biography which captures TJ’s personality extremely well.

Yes, without doubt Tom Kristensen IS ‘Mr Le Mans’, but this book shows he is much, much more than that. The hardback book is produced in medium format: 245x170mm and is illustrated with 125 photos, many of which even hardened sportscar fans will not have seen before.

Mr Le Mans by Tom Kristensen is published by Evro Publishing and costs £40.00

Shutter & Speed 2 by Gary Critcher
The clue is very much in the title for this book, but Gary Critcher has added value to an eclectic set of photographs with some insightful and informative captions. The author has done what probably many a motorsport fan has wanted to do, track down in all sorts of different places, period photographs from every period of motorsport. Every opportunity, from car boot sales to bookshops and beyond, have been used to source the images. 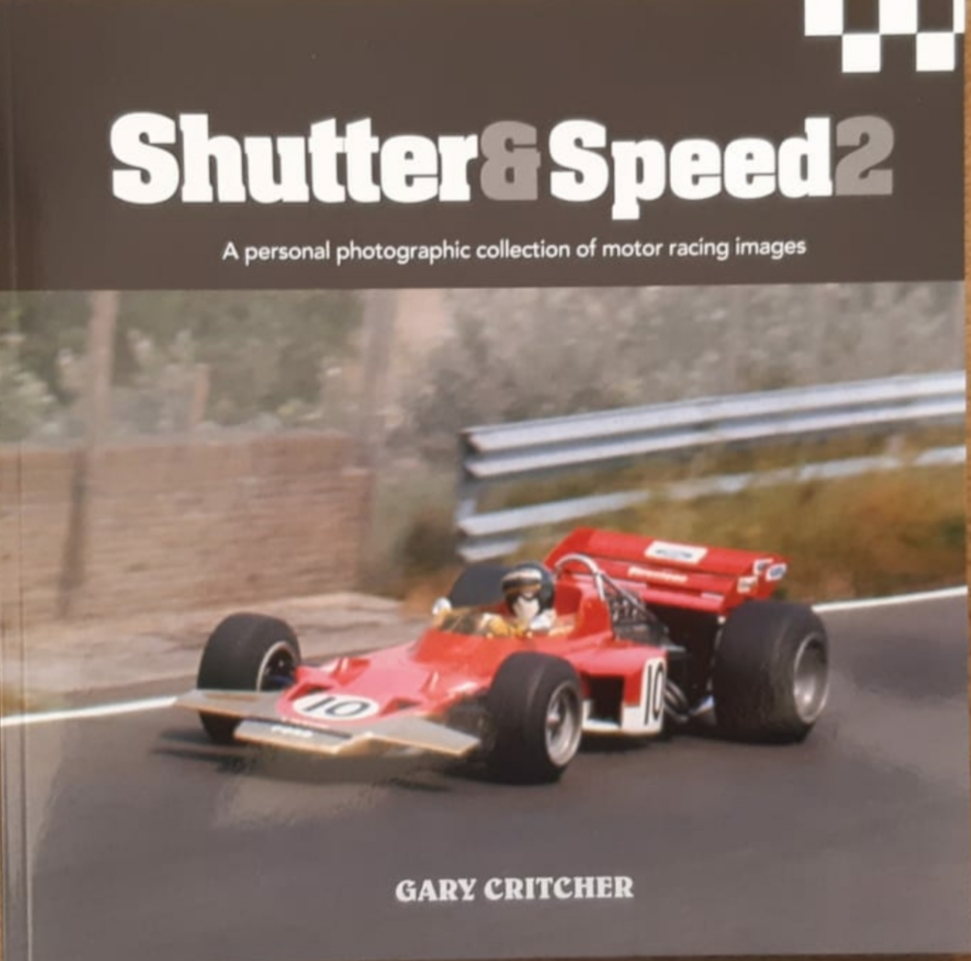 Is 500cc Formula Three from the 1950s your thing? There is a small section on these cars – including one competitor in white cotton overalls, a shirt and tie! Indianapolis-style racers more your interest? The ‘California 500’ at the confusingly titled Ontario Motor Speedway (50 miles from Los Angeles) is covered by a set of pictures from 1970.

Some of the images are of professional quality but many are much more amateur in nature, but this doesn’t detract from the experience. Indeed the book has the feeling of thumbing through someone’s well used scrapbook. An excellent way to pass a few hours, this book is great to drop in and out of, each section is self-contained and easy to read.
The book is available from ShutterandSpeed.com price £15.00 plus p&p.

Jaguar XK120 The story of 660725 by Simon Ham
Porter Press have again excelled themselves with their latest single-car biography. The history of the XK120 has been written about many times, but this book covers just one car, chassis number 660725. Built in 1951, the story of this car is as much about the world into which it was born as the car itself. Long-time owner Bob Henderson imported the car into Malaysia (known back in those colonial times as Malaya) where he was working for a rubber-growing company.

The car and its owner led a charmed and privileged ex-pat life in Malaya. Impromptu races were frequent and the Jaguar was frequently top dog. “Many events were spontaneous and unrecorded, apart from decided who bought the next round of Singapore Slings!” Simon Ham does not shy away from the imperial rule in Malaya and covers ‘The Malayan Emergency’ which started whilst Bob Henderson was living there. The insurrection cost the lives of 6,700 guerrilla fighters, 1800 Malay and Commonwealth troops and 3000 civilians. During this time it was not unusual for rubber plantation managers to be ambushed, and the XK120 managed to outrun Henderson’s attackers on several occasions. 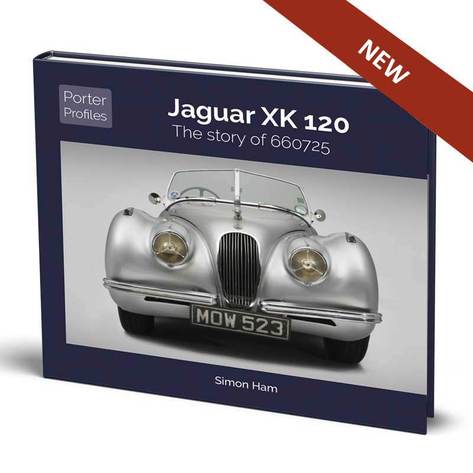 This was no pampered pet though. Its owner was a keen and inquisitive engineer and modified the car throughout his ownership, which stretched from 1951 to 2004, and included better brakes, attention to the handling and even a short-lived venture into turbocharging!

When Henderson came back to the UK the car came too, and after a period of hibernation, a restoration process was started. Eventually the car changed hands and was sent to CMC in Bridgenorth for a full and complete restoration. As is often the case with Porter Press titles, the final part of the book is a set of studio-shot images, in this case the work of John Colley, which show the car as it is today.

Bugatti- Panorama illustre des modeles by Didier Bordes
From the 1901 Bugatti Gulinelli Type 2 to the 2018 Divo, every Bugatti ever made is covered in this book. Milestone cars like the Type 35 or the Royale are covered in depth, whilst others like the single seater Type 29 of 1922 have a page or two.

Because of that, the book is probably not for the dyed-in-the-wool Bugatti enthusiast but will appeal to those with a casual interest. Because the information is primarily factual, the French text is unlikely to deter anyone with even the basic schoolroom knowledge and the lack of any significant background or narrative is therefore a positive. One criticism is that all the pictures in the book are cropped to show only the cars, with nothing around them whatsoever. As an intellectual exercise this means there is no distraction but it also gives no context to the images.

Bugatti- Panorama illustre des modeles by Didier Bordes is published E-T-A-I and is available from Hortons Books priced at £40.00

The Michael Turner Collection by Chas Parker with Michael Turner
We covered this book briefly, prior to its release just before Christmas, simply because many people will have sent or received Michael Turner Christmas cards either as children or indeed as adults. And that is part of the absolute joy of this book; it starts with Turner’s early black and white drawings which he produced in 1960 featuring Tony Brooks in a Vanwall at Monza, Jack Brabham’s Cooper at Brands Hatch and Graham Hill in a very vintage go-kart, and goes right up to the 2016 Belgian GP featuring Nico Hulkenberg and Sergio Perez. 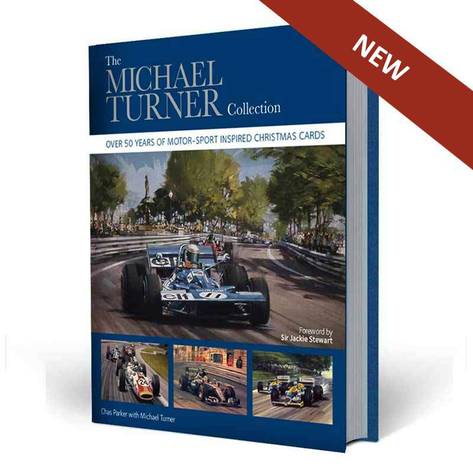 Every era in between is covered, and not just Formula One; some of Michael Turner’s sports car paintings are amongst his finest. Author Chas Parker explains that the paintings are created by a mixture of photographs and live sketches which allows the artist to create a picture which appears from a standpoint which would be impossible to achieve in real life. The picture of the 1966 Sebring 12 Hours has the viewer about five feet directly ahead of the Ken Miles/Lloyd Ruby GT40 X1 roadster as it battles with its Gurney/Grant team mate into the Esses.

This is no dry trawl through hundreds of pictures though. Each image is accompanied by a caption explaining what is happening plus a second narrative from Turner explaining how and why he chose the subject and just how the picture was created.

Because of all this, you can read this book again and again. Firstly just to go through it and enjoy the wonderful artwork, then to read the stories of the race and thirdly to find out how the work was created. Then go back and start it all again……The Michael Turner Collection by Chas Parker with Michael Turner is published by Porter Press and costs £70.00 https://porterpress.co.uk/products/michael-turner-collection

Full Circle by Patrick Shortle
At the other end of the literary spectrum, at least in terms of launch pizzaz, is ‘Full Circle’ by Patrick Shortle. Most followers of UK Formula Ford in the 1980s will know him as Rick, rather than Patrick, and this self-published autobiography tells Rick’s life story to date, in fine detail. 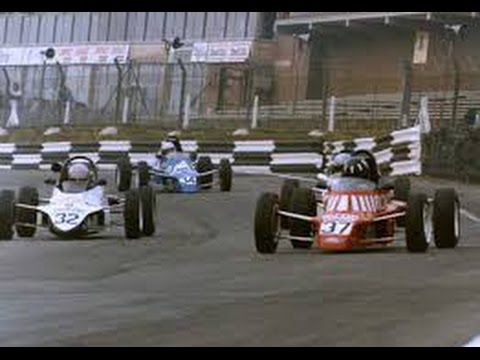 Shortle was a good driver, as his epic battle with Damon Hill in the 1985 Formula Ford Festival at Brands Hatch showed and Rick is justifiably proud of his achievements whilst not falling headlong into the ‘I could have been a contender’ trap.

The book has an excellent conversational style and has the feel of a chat down at the pub rather than a book, and it is better for it. This paperback book is available direct from the author (and he will sign it for you too) at rickshortle.co.uk/full-circle.html at £7.30 or you can buy it on Amazon.

96 Magazine
Finally, we have received the first edition of a new magazine from the 96 Club entitled, unsurprisingly, 96 Magazine. The 96 Club was established in 1976 when sports car driver Ray Bellm was “done” for speeding on the public highway. His Ferrari was clocked at 96 mph and the resulting ban left Ray with the dilemma of how to enjoy the performance of his new steed. His friend, Michael Scott, had the bright idea of forming a ‘track club’ for circuit driving – the first of its kind.

The subsequent club name followed as a matter of course. It has taken the club 45 years to come up with their own magazine which is an unashamedly ‘lifestyle’ publication, covering watches, holidays, luxury goods and, of course, cars, including an excellent article by a long-term friend of ours, John Brooks.. 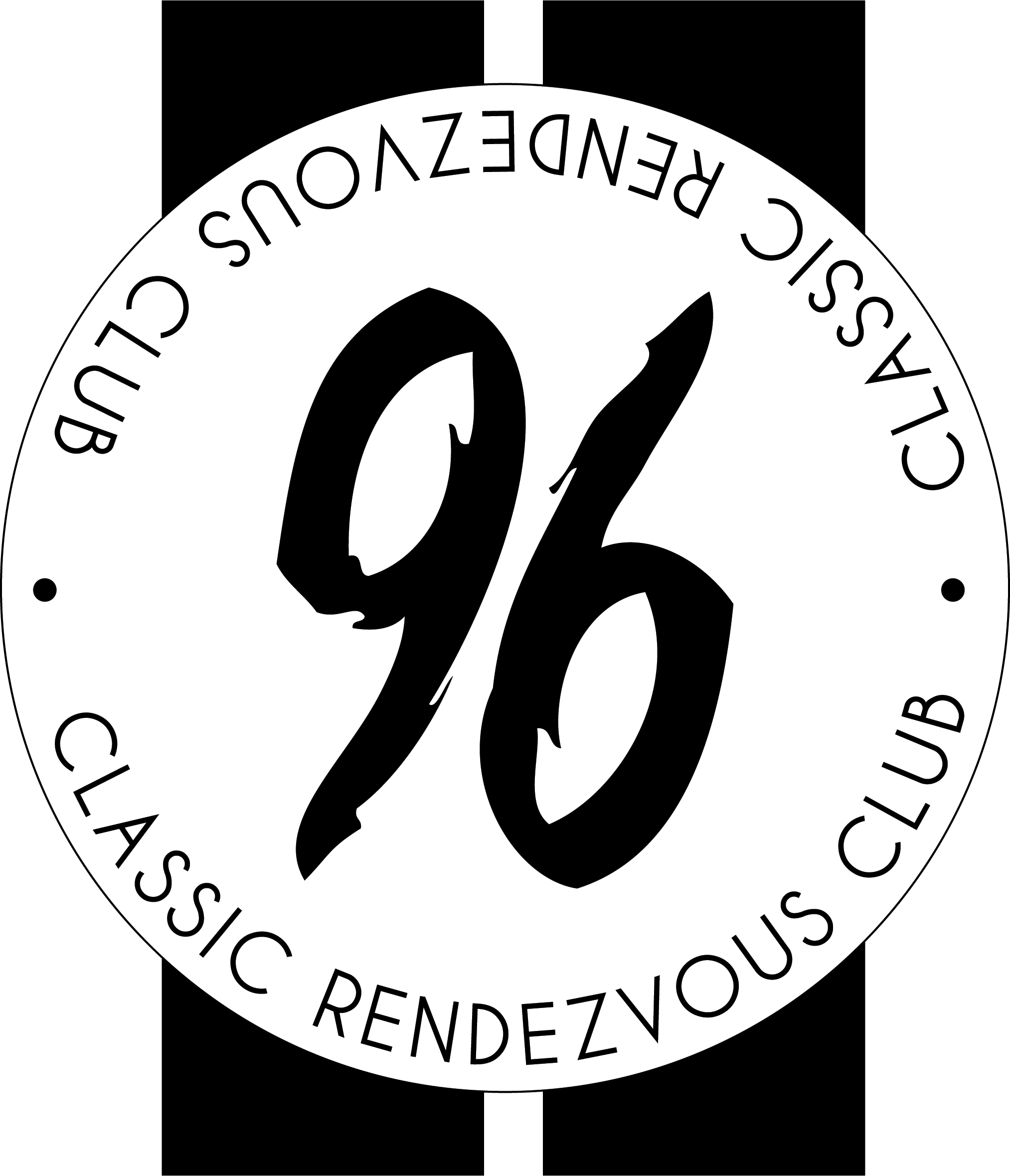