Talking About the Unique LECo! 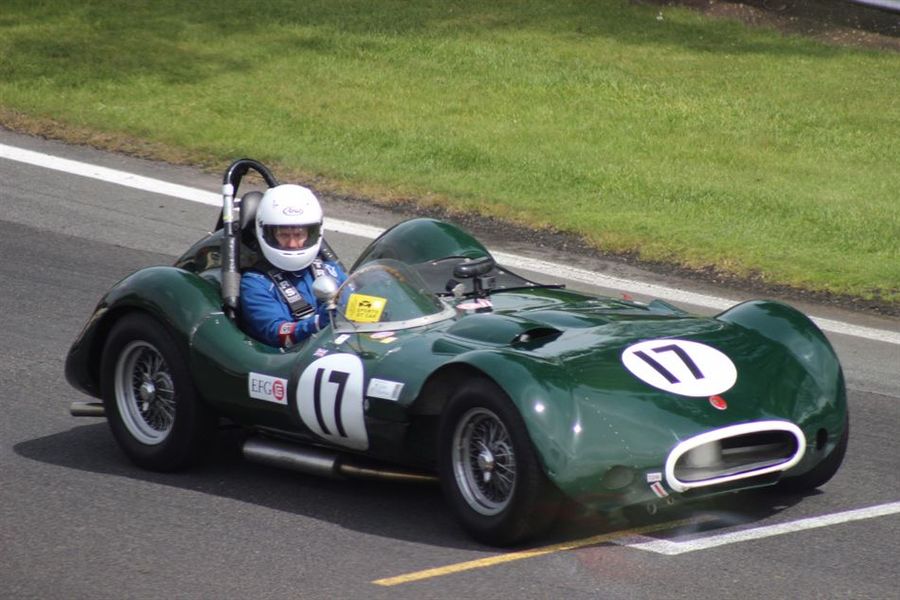 At Oulton Park recently for the AMOC racing meeting there a neat little sportscar in their ‘50s race caught our eye. One of only two LECOs now exisiting, this was the second car built and the first one with a sportscar body. Raced by Scott Quattlebaum at Oulton, the car is usually in the hands of father Alex when out in classic races.

“It is a great car,” said Scott, “it is completely neutral, you keep the power on, stay away from the brakes and just go! It does have good brakes, and is a very enjoyable car to dive, though I only get to use this car when he breaks my car!”

“This car was built in 1954 and was the first closed wheel car, explained Alex. “It was built to run at Goodwood. The couple who had it built were sitting in the stands there complaining about the quality of the driving, and the guy sat in front of them turned around and said ‘if you think you are so good why don’t you do it. It was some famous race car driver, I I don’t remember his name [it was BRM supremo Raymond Mays], and they had a lot of fun with the car over the years.

“When we went to Goodwood they came along and gave me the helmet and goggles they had raced in there in 1955.

“It is a pretty little car with only a 1500cc MG engine, and it isn’t that light, but it is fun to drive. Scott drove it at Silverstone last year and said he laughed all the way round, he said it was the most fun he had ever had in a racecar! We are doing as many races as we can in it this year.

“We’ve had the car for thirty years, I found it in a barn and thought it was a Tojeiro. We had a museum look into it and they said it was a LECo, built in Havant by Liss Engineering Company – that is where the name LECo comes from.

“It was raced in lots of places at the time, they were even able to get me photos of the car being built, of it racing at Goodwood, the raceday programmes, I was amazed at all this for a one-off car from the 1950s.”

The LECo was built at the request of Captain Richard Ashby and his wife Margret, reputedly with materials supplied by Connaught. The completed car was raced by both the Ashbys, and featured an engine change ad rescuplted bodywork over the years.