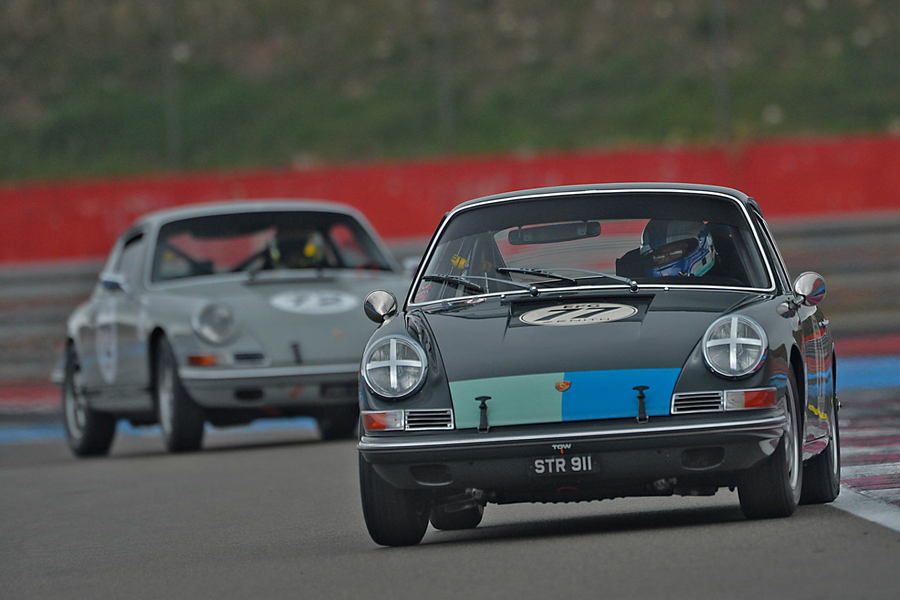 For two days (19th-20th October) the Paul Ricard circuit has hosted the Dix Mille Tours, the last round of the Peter Auto’s 2019 season, with two titles up for grabs in the various grids on show,

In the 2.0L Cup a win for championship leader Mark Sumpter (above) saw him end his winning season in style, while going into Paul Ricard Andrew Smith and Olivier Bryant (second in the classification) were dead heating with Richard Cook and Harvey Stanley (third) in terms  of points, both on 164, 24 behind Sumpter. A second place for Smith and Bryant saw them seal the runners-up slot in the points table

On the Classic Endurance Racing 1 grid, the battle for first place in the general classification raged between Claudio Roddaro’s Porsche 917 and Toni Seiler’s Lola T70, the pair starting the Dix Mille Tours only six points apart: a rivalry echoes that of the late 1960s when the two cars battled in the major sportscar races of the day. Also like that time, it was the 917 that came out on top, Roddaro finishing third in the wet one-hour race behind two T70s, Seiler finishing 11th and a lap down.