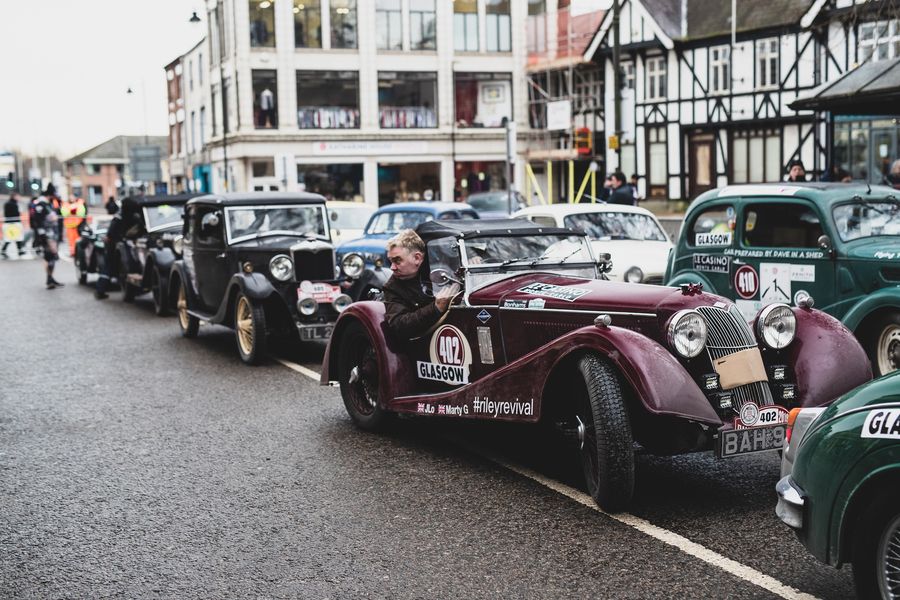 The largest single-entry team to compete in this year’s Rallye Monte-Carlo Classique has returned home after a 1,300-mile endurance road rallye battling alpine passes and sub-zero conditions. Led by three-time Rallye Monte-Carlo Classique finishers, Blue Diamond Riley Services, all cars finished the winter rallye. With five pre-war Rileys competing, alongside one post-war MG, it made the total to six cars within the team, four of which were prepared by the specialist experts.

Starting their journey from Clydebank, Scotland on 30th January and finishing in Monaco 3rd February, each car and driver overcame sleep deprivation, extreme weather and working with decades old technology.

Being the only team to tackle the gruelling 1,300-mile journey in pre-war sports cars on this year’s rallye wasn’t a small undertaking. With some cars only having a thin cotton roof and dim lights for the night passages, it was true testament to the drivers’ skills, co-drivers’ navigating, as well as the mechanical team’s support.

One stand-out pairing of the whole team was that of ex-car designers Adam Gompertz and Craig Callum. Driving the 1949 MG TC, the duo entered the rallye to raise awareness and much-needed funds for mental health charity OCD Action. With the pair battling high-altitude passes and varying conditions of between -10 degrees and a balmy 15 degrees, it was also a test of patience, endurance and teamwork.

“What a journey! It’s finally hit home what we’ve all been through as friends, teammates and drivers. Not to mention how incredible the cars have been,” said Blue Diamond Riley Services’ Managing Director John Lomas. “We’re retracing history but with modern know-how and much-needed wet weather kit. Would I do it all again? Absolutely! 2020 here we come.”

“The Sprite was faultless. For it to do 2,800 miles in eight days is incredible. My co-driver Martin, the rest of my team, and the other drivers have been an immense support. Now it’s time to wash the road grime off it and press it back into action for the daily commute and school run.”

Riley, a name synonymous with pre-war endurance road and track racing, is being revived by established specialists, Blue Diamond Riley Services. The company has participated in a range of well-known endurance rallyes, including The Flying Scotsman, 1,000 Mile Trial, VSCC events and recently the Rallye Monte-Carlo Classique. Understanding the importance in well-prepared cars as well as teamwork, Blue Diamond Riley Services sponsored the official stop of the Rallye Monte-Carlo Classique in Banbury, Oxfordshire, which was open for free maintenance and mechanical support for competitors that also started from Clydebank, Scotland.

The Blue Diamond Riley Services team is already preparing cars for the 2020 season, with plans of having an even larger team for next year’s Rallye Monte-Carlo Classique.