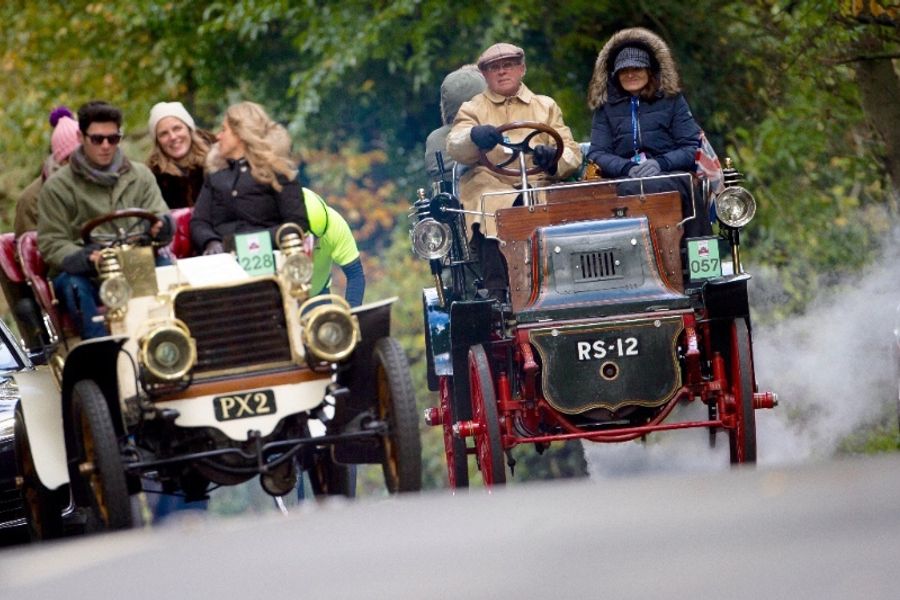 As the sun rises next Sunday (4th November) more than 400 intrepid drivers and their hardy passengers will set out on the world famous Bonhams London to Brighton Veteran Car Run supported by Hiscox. The first of the pioneering horseless carriages dating back to pre-1905 will leave Hyde Park as dawn breaks at 06.59 am and for the next couple of hours a huge variety of remarkable vehicles will stream down Constitution Hill, past Buckingham Palace on to The Mall.

This year – and for the first time – the route will then split in Parliament Square thus minimising traffic delays and congestion in south London. Half of the participants will travel over Westminster Bridge and then follow the traditional A23 route via Kennington, Brixton and Streatham Common; the other half will leave over Lambeth Bridge then journey via Vauxhall, Clapham Common and Tooting. The two routes merge on the A236 just north of Croydon with the entire magical cavalcade reunited as it heads to the spectator-friendly halfway halt in Crawley High Street. 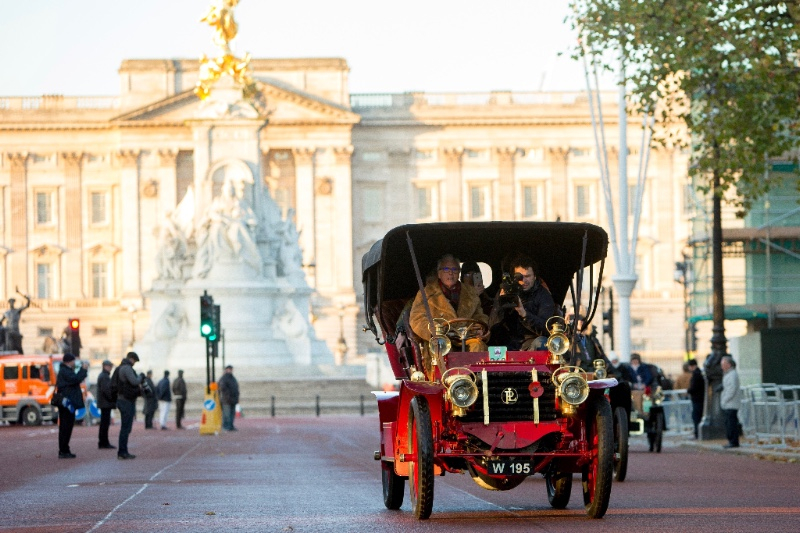 After Burgess Hill, the cavalcade tackles yet more scenic but demanding Sussex roads over the rolling South Downs, passing through Hassocks and Clayton before re-joining the A23 for the run into Brighton and the seaside finish on Madeira Drive. Adding to this year’s spectacle, many of the busy pubs along the 60-mile route will opening early and supporting the event’s charity partner The Movember Foundation.

Acknowledged as the longest running motoring event in the world and attracting huge wayside crowds numbering tens of thousands as well as numerous entries from right around the globe, the annual pageant dates back to 1927. It was founded to commemorate the Emancipation Run of 1896, which celebrated the new-found freedom of motorists granted by the ‘repeal of the Red Flag Act.’ The Act raised the speed limit to 14mph and abolished the need for a man carrying a red flag to walk ahead of the cars whenever they were being driven.

While some of these extraordinary early cars bear model names still familiar today – for example: Renault, Mercedes and Oldsmobile – the vast majority are relics from a host of bygone innovators that did not survive the test of time: long-lost marques such as Warwick, Darracq, Lambert, Knox, Mors, Gladiator, Achilles and Flint. Intriguingly, two new little-known names – Premier and Vabis – will be joining that list when making their somewhat belated debuts this year.

Even though few of the cars have any form of protection against the elements, reflecting the resilience and spirit of early motorists, the Run will take place come rain or shine… and there’ll even be a few stars on view, too.

Red Bull Racing Formula 1 team boss Christian Horner and his singer-songwriter wife Geri – famous as a member of the Spice Girls, the most successful girl group in pop music history – will be helping with the ceremonial pre-start ripping up of the symbolic Red Flag before the pair jump aboard Lord (Irvine) Laidlaw’s 1904 Panhard-Levassor. Television presenter Kevin McCloud from Grand Designs is another of the famous faces taking part this year.

Aside from the start all timings are approximate. As the guide below indicates, the first cars are expected at the Crawley halt from 8.15am with the last leaving by 2.00pm. The first car is due at the Madeira Drive finish at shortly after 10 am while, to be sure of a coveted finishers’ medal, participants need to make it to the finish before sunset at 4.30pm.

“The unique Veteran Car Run is without doubt one of the highlights on the international motoring calendar. Even more than that, it’s a wonderful piece of living history and an annual reminder of the fearless motoring pioneers who, literally, paved the way for all of us,” said Ben Cussons, Chairman of the Royal Automobile Club. 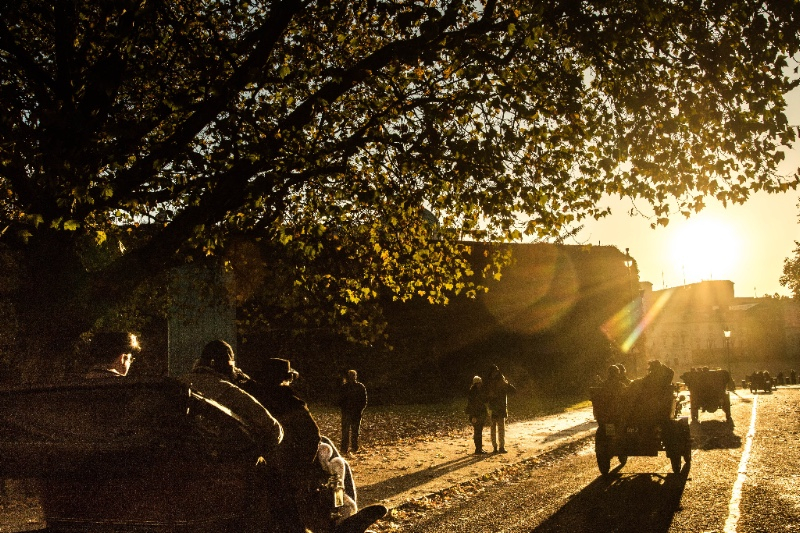