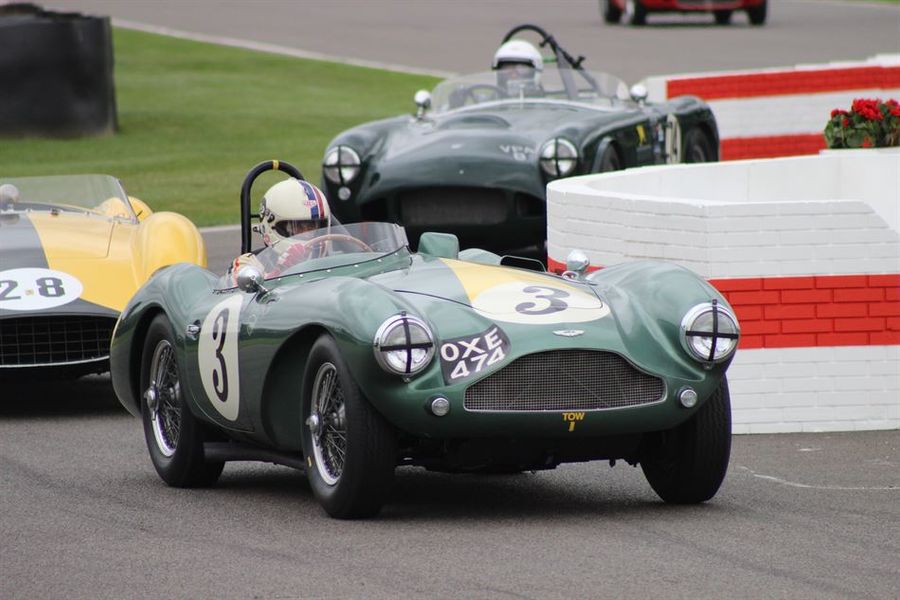 With only four months to go until Goodwood Motor Circuit opens its gates for the 20th anniversary of the Revival Meeting, Goodwood’s motorsport team are working around the clock, scouring global historic race events to ensure the very best of historic motorsport is on display across 7th-9th September.

This year’s schedule is as follows:

Friday 7 September
Kinrara Trophy (60 mins – two driver)
Returning for a third year, the Kinrara Trophy has firmly cemented itself as a Revival favourite. A beautiful grid of closed-cockpit, 3-litre or over, GT cars of a type that raced before 1963 will provide the perfect Friday evening entertainment. Brake discs will be glowing and lights ablaze as 30 of the most stunning cars in motorsport history drive into the dusk. Last year saw dominance from Jaguar E-types, so expect to see Ferrari 250 SWBs desperate to reclaim the crown in 2018.

Barry Sheene Memorial Trophy, Part 1 (25 mins – two rider)
The first of two races for motorcycles of a type that raced before 1959, where owners share their saddle with professional riders both past and present. Always a highlight of this race is the unique Le Mans start, in which the riders sprint across the grid to jump aboard their waiting machines. Last year saw a stunning ride by Isle of Man TT legend Michael Dunlop, lapping nearly two seconds faster than the rest of the field.

St Mary’s Trophy (25 mins)
Expect to see Lotus Cortinas, Minis and Galaxies doing battle as the St Mary’s Trophy heads for the Swinging ‘60s in another pro/am challenge. Saturday sees some of the most decorated drivers from all disciplines climb into the touring cars of yesteryear, desperate to earn bragging rights for another 12 months before handing back over to the owners on Sunday. Rob Huff and Michael Caine put on a masterclass in touring car racing in 2017, keeping all spectators glued to the big screens with one of the most thrilling battles in recent years.

Goodwood Trophy (20 mins)
Turn back the clock nearly 90 years as Grand Prix and Voiturette cars from 1930 to 1951 prepare to slide their way around Goodwood’s curves and contours. As always, expect to see some of the most glamorous cars in Grand Prix history as beautiful Alfas, Bugattis, ERAs and Maseratis take to the circuit for one of the Revival’s most-loved races. Recent years have been dominated by ERAs, but the Italians will be chomping at their heels to take honours.

Whitsun Trophy (25 mins)
British unlimited sports cars from before 1966 go head-to-head in the fastest race of the weekend. Ford GT40s, Lola T70 Spyders, Lotus 30s and McLaren M1Bs provide an audible sensation as growling V8s reverberate across the South Downs, while the racing on track gives spectators a visual treat to match.

Freddie March Memorial Trophy (20 mins)
With the sun beginning to lower over the hills, the Freddie March Memorial Trophy harks back to the Nine-Hour races of 1952, ‘53 and ‘55. With stunning examples of Aston Martins, Ferraris, Jaguars and Maseratis, this endurance-racing retrospective provides a fantastic conclusion to the first full day of racing. In 2016, this race was decided by just three tenths of a second as Richard Woolmer’s HWM-Cadillac narrowly got the better of Rob Hall in an Aston Martin DB3.

Sunday 9 September
Chichester Cup (20 mins)
The Formula Juniors will be out in force once again, this year in the form of cars with disc brakes from between 1960 and 1963. The Chichester Cup always provides some of the most exciting racing of the meeting every year, with the 2017 edition featuring nine different marques in the top ten, and 2018 is expected to be no different.

Richmond and Gordon Trophies (20 mins)
Two-and-a-half-litre Grand Prix cars are next up, with Maserati, Ferrari and BRM all expected to be present. Taken from one of the most beautiful eras of Grand Prix history, and with memories of José Froilán González, Reg Parnell, Stirling Moss and Mike Hawthorn’s victories in West Sussex in mind, cars of a type that raced between 1952 and 1960 will fill the grid for another memorable contest.

Barry Sheene Memorial Trophy, part 2 (25 mins – two rider)
Another round of two-wheeled action for the motorcycle fans is up next. Part two sees the deciding 25 minutes of the 50-minute bout, where Saturday’s winners will be praying for similar results to consolidate their advantage and take home the victory spoils. Previous winners of this race make up a veritable who’s who of the motorcycle fraternity, including John McGuinness, James Haydon and Wayne Gardner.

St Mary’s Trophy, part 2 (25 mins)
The owners take their turn behind the wheel after the handing their tin-top titans over to the professionals 24 hours earlier. With the owners racing these cars regularly across the year, part two often provides an even more thrilling encounter, as the drivers push their cars to the absolute limit in search of triumph.

Royal Automobile Club TT Celebration (60 mins – two driver)
The headline race of the Revival Meeting, the Royal Automobile Club TT Celebration has been a staple in the Revival race schedule since 1998. For closed-cockpit GT cars in the spirit of the RAC TT races from 1960 to 1964, this race is an hour-long pro/am delight. Some of the pro drivers have been known to count it as highly as some of their professional successes. Simply put, everyone wants to win this race.

Glover Trophy (20 mins)
Grand Prix cars of a type that raced from 1961 to 1965 provide the penultimate racing action of the weekend. Sleek rear-engined machines from Brabham, BRM, Cooper and Ferrari will be amongst the challengers looking to dethrone the mighty Lotus, much like they did in period, for the first time since 2010.

Sussex Trophy (25 mins)
The Sussex Trophy, held for World Championship sportscars and production sports-racing cars of a type that raced between 1955 and 1960 has firmly established itself as the Revival closer. Harking back to a golden era of endurance racing when Jaguar D-types took on machines from Ferrari and the Knobbly and Costin-bodied Listers, recent years’ victories have been shared between the Big Cat and the Prancing Horse.

Gallery: The Aircraft of the Goodwood Revival