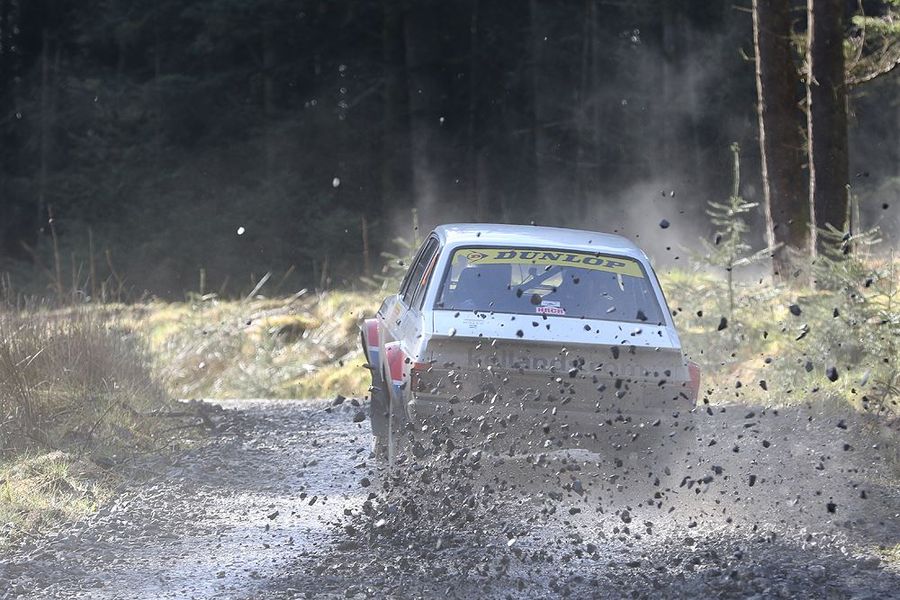 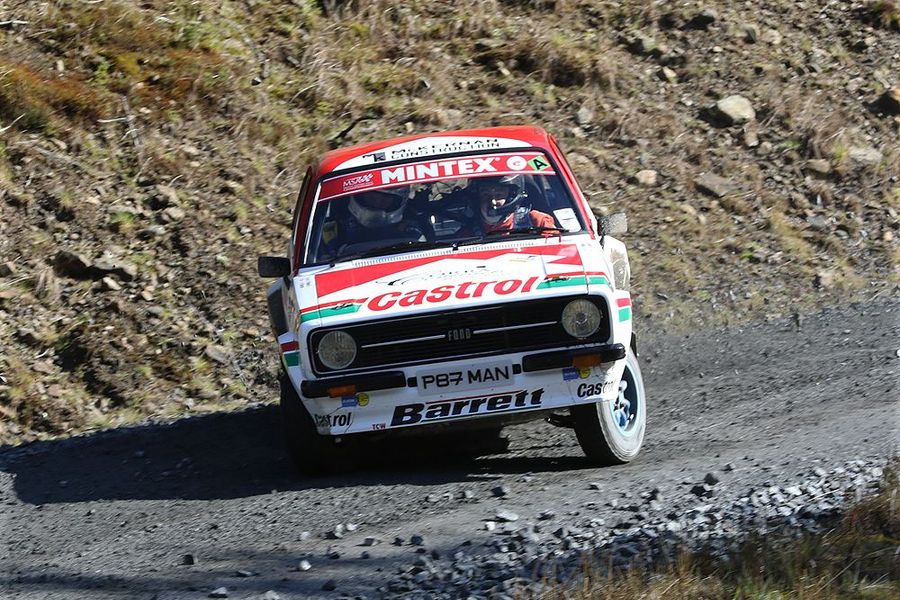 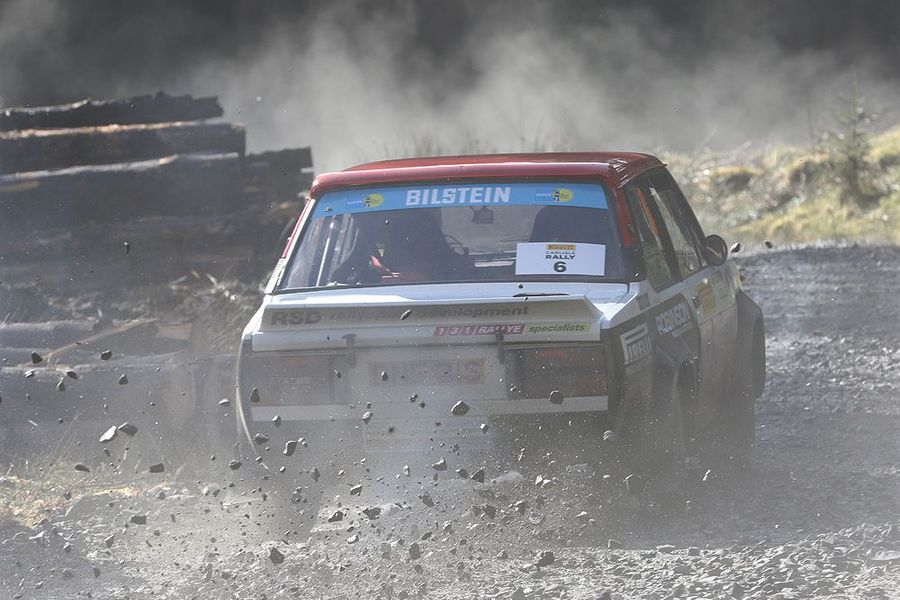 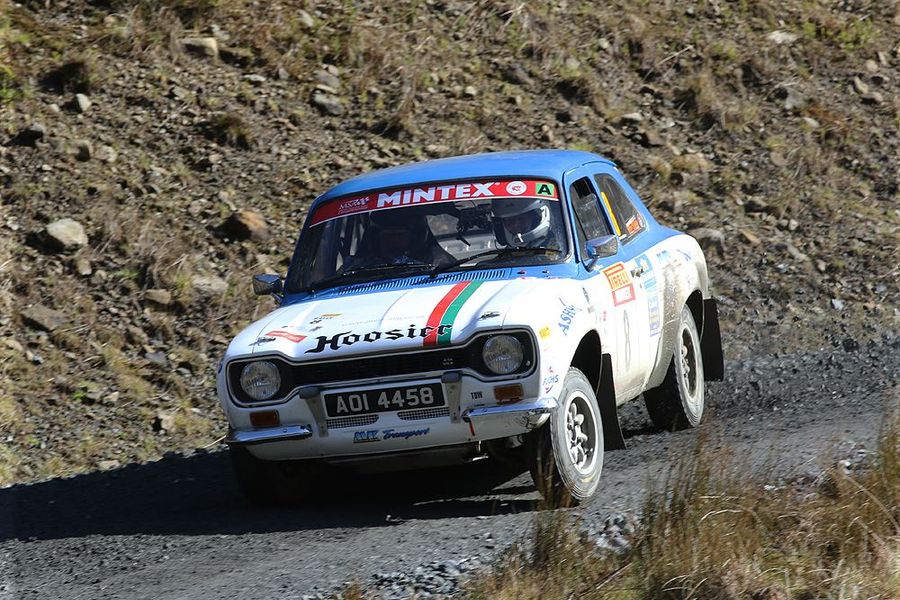 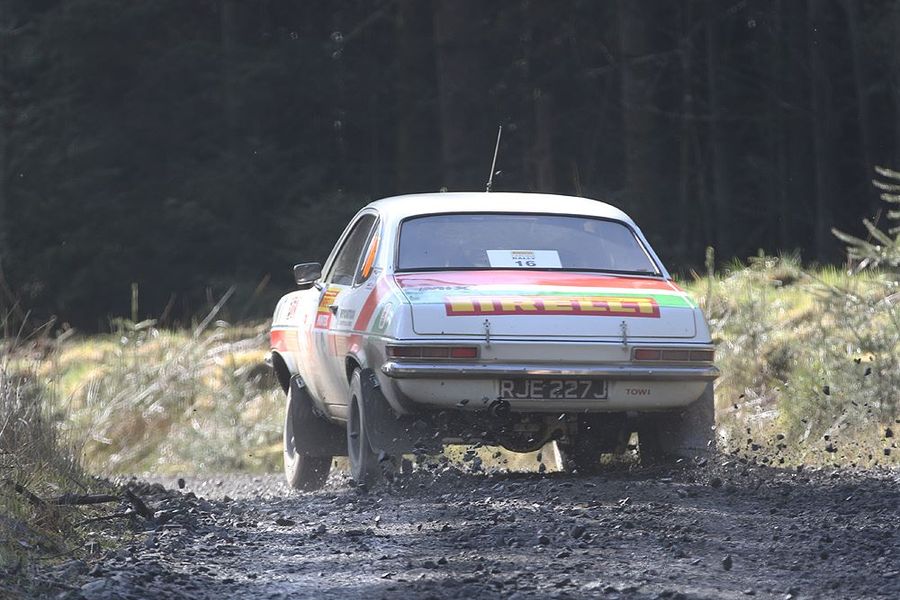 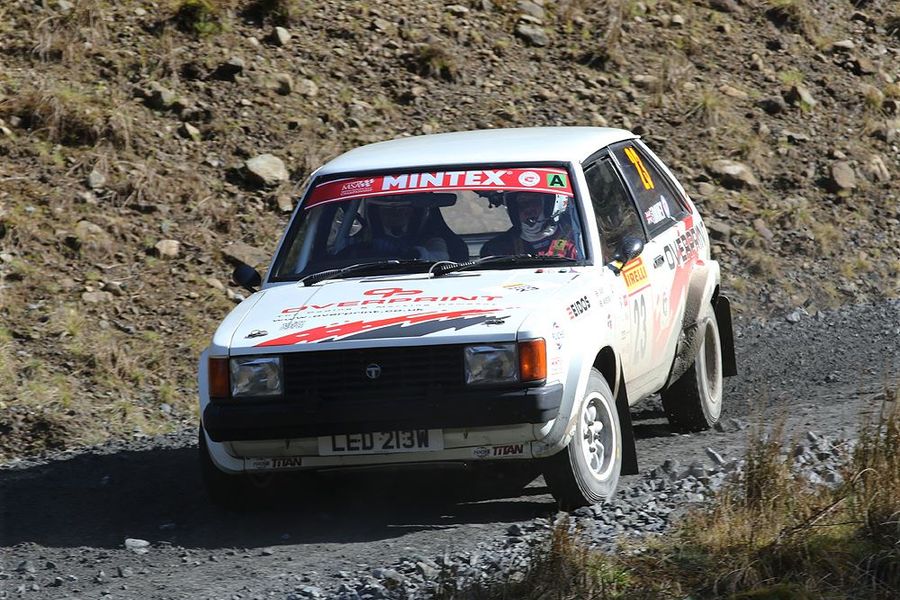 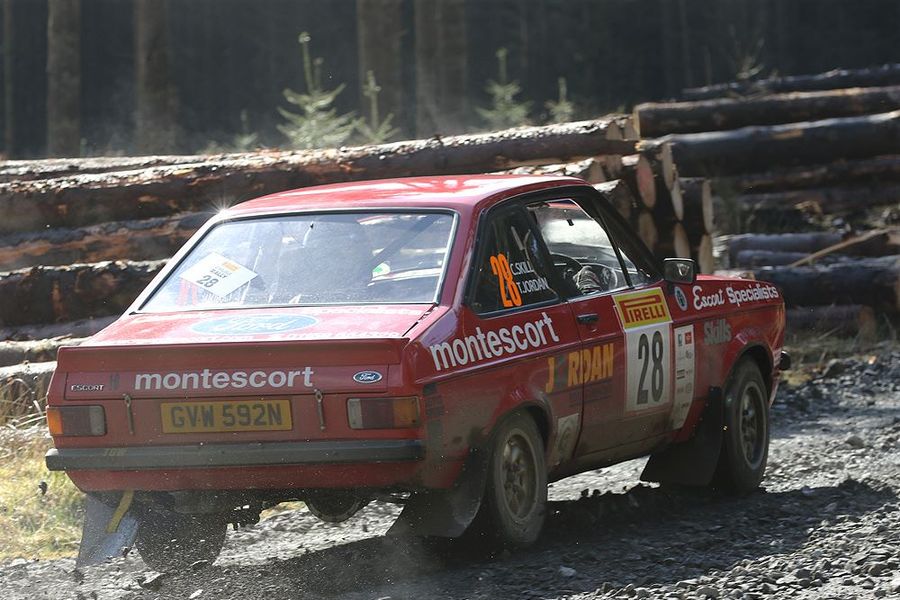 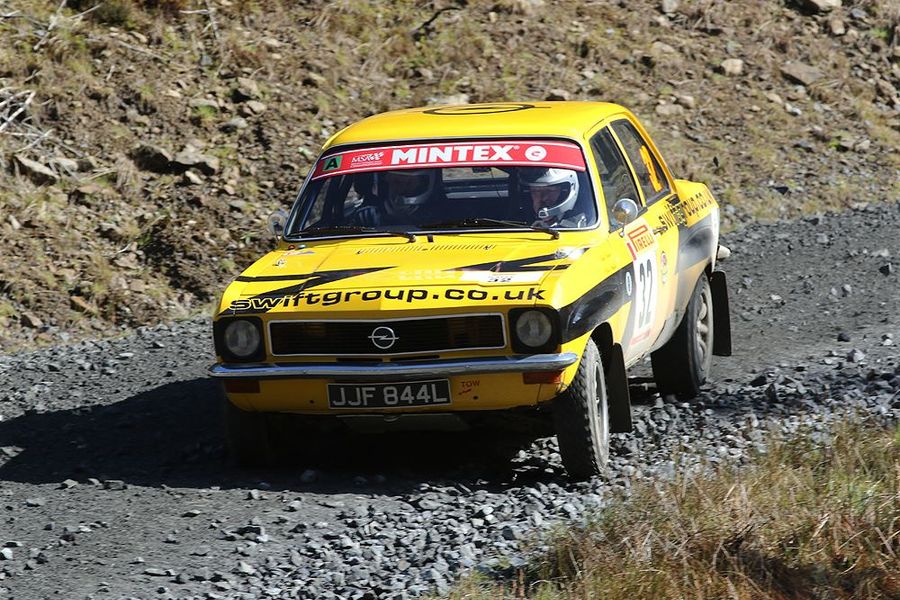 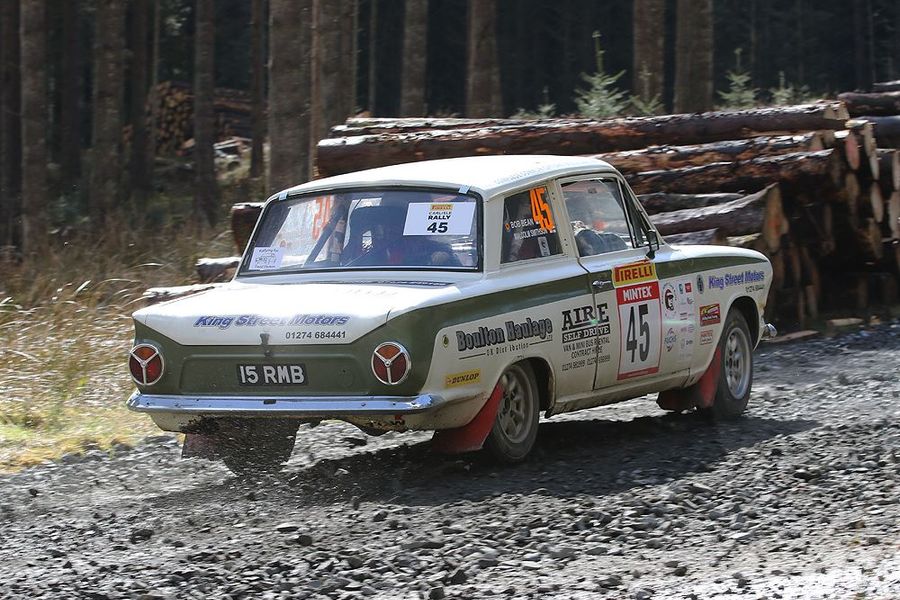 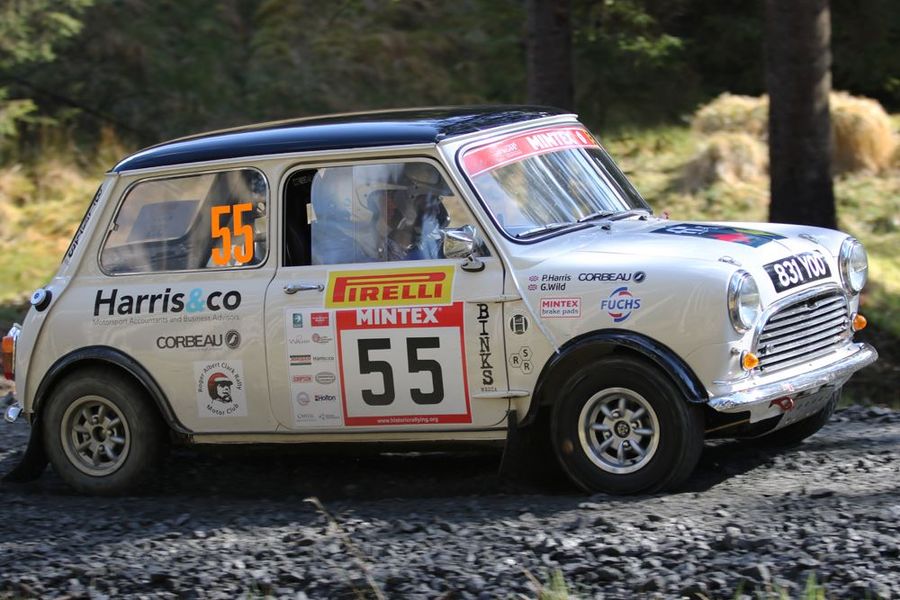 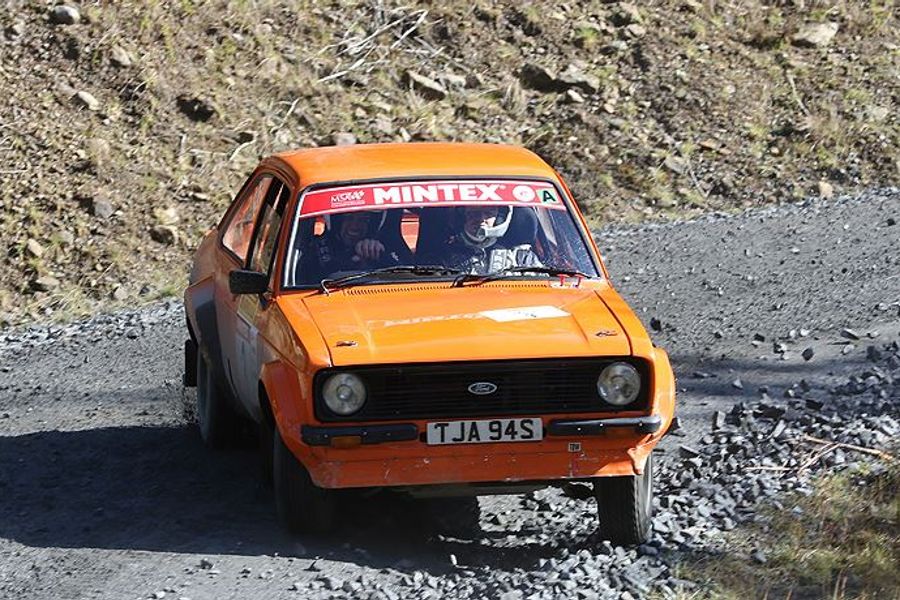 Click on the Gallery tab for pictures from the stages - many thanks to Paul Lawrence.
Joe Price and Chris Brooks scored their first historic victory on the Pirelli Carlisle Rally (Saturday 30th of April), the third round of the 2016 Mintex MSA British Historic Rally Championship. The Ludlow driver moved ahead when the notorious challenge of Kielder claimed championship pacesetters Jason Pritchard/Phil Clarke and Nick Elliott/Dave Price. Pritchard slid off on an icy patch in a very slippery opening stage and Elliott moved ahead until he was caught out on stage 3.
Paul Barrett and Max Freeman took an outstanding second place on their first rally together while Matthew Robinson/Sam Collis took third overall and Category K in their Fiat 131. Other category winners were Stanley Orr/Guy Weaver (Ford Escort Mk1), who duly made it three wins from three events, and Bob Bean/Malcolm Smithson (Ford Lotus Cortina).
Four stages in the main block of Kielder made up the historic section of the event and the format and quality of stages drew universal praise from competitors as the historics ran first on the road on single-used stages.
However, snow and rain in the run-up to the event left conditions very slippery for the opening pair of stages and Pritchard, running first on the road, slid off on the first stage, The Shanks. Elliott went 18s up on Price and added a further 11s on stage two, The Forks, to go half a minute clear as crews arrived at service adjacent to Kielder Water.
With an important maximum score in sight and title-rival Pritchard out of the rally, it all looked good for Elliott heading into the second pair of stages. Unfortunately, it went wrong very soon into SS3, Roughside, when his Ford Escort Mk2 went off the road pretty heavily into a stream and out of the rally.
Instead, Price and Brooks moved up to lead the finishers back to Carlisle for Price’s first win at this level. “I wasn’t on Nick’s pace this morning, but we wanted a podium and so a win is a massive bonus,” said Price who also won the RSR Historic Engineering Category 3.
Barrett and Freeman had a tremendous run in their Pinto-powered Escort Mk2 to finish second overall, despite struggling to find a good pace over the slippery opening leg. Another fine result fell to Robinson/Collis who gave the Fiat one of its best results to date and won the Holton Homes Category K. “We’ve halved the time gap to the leaders so that was a lot better,” said Robinson after a very encouraging performance.
Next up were Orr and Weaver to maintain their perfect record in the Capital Construction Category 2 in their Escort Mk1. “I lost about 10 seconds in the last stage when I out-braked myself into a chicane, but otherwise it has been very good,” said Orr. Leading the chase of Orr in Category 2 was the similar car of Simon Tysoe/Paul Morris, who picked up their pace in the second loop to finish sixth among the BHRC contenders. Only 14s down on Tysoe were Warren Philliskirk and Nigel Hutchinson.
After a fire extinguisher drama at scrutineering, Bean/Smithson had a fine rally to win the Vintage Car Radiator Company Category 1 from Paul Mankin/Desmond Bell (Lotus Cortina) and Phil Harris/Graham Wild (Mini Cooper). “Brilliant; the stages were fabulous,” said Bean, while Mankin had a good run on his first rally of 2016 and Harris bagged yet another class B2 win.
While Barrett again won class D3, his nearest challengers were Rex Ireland/Adrian Scadding (Escort Mk2) who had a tremendous run on only the driver’s second visit to Kielder. Out early with engine issues went Ben Friend and Cliffy Simmons. Guy Anderson/Steven Davey (Talbot Sunbeam Lotus) had a superb run to class D4 victory while one of the drives of the rally came from Chris Skill/Tom Jordan who took class D2 by forging their 1600cc Escort Mk2 into seventh overall among the BHRC runners.
Back in Category 2, Elliot Retallick and Tim Tugwell had a very good day in their Hillman Avenger to win class C2 from Stuart and Linda Cariss (Escort Mk1). Class pacesetters Adam Milner and Roy Jarvis (Escort Mk1) lost 15 minutes on stage one when the gear lever snapped off  but then proved a point by setting several top six overall times on Milner’s first visit to Kielder.
Mintex MSA British Historic Rally Championship Chris Brooks Joe Price Gallery Pirelli Carlisle Rally