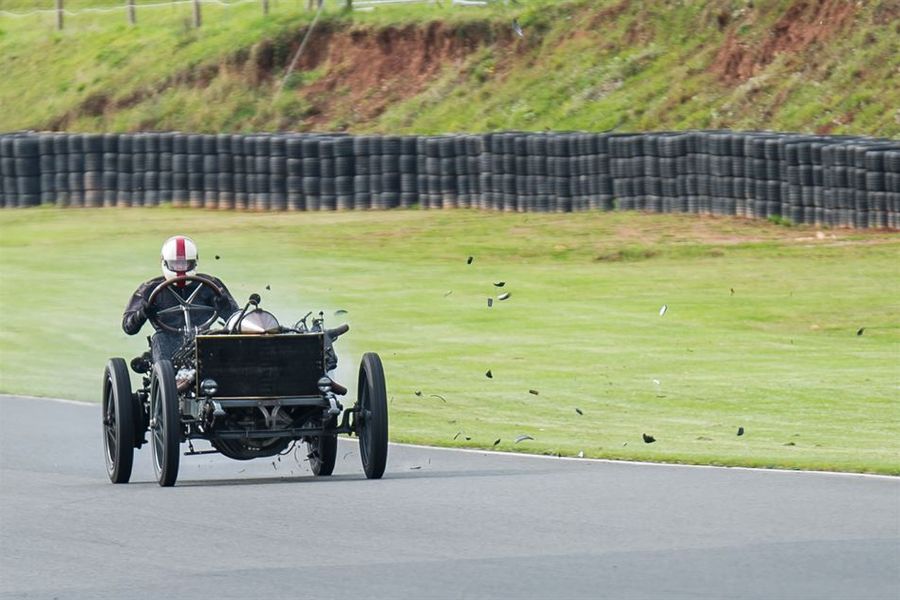 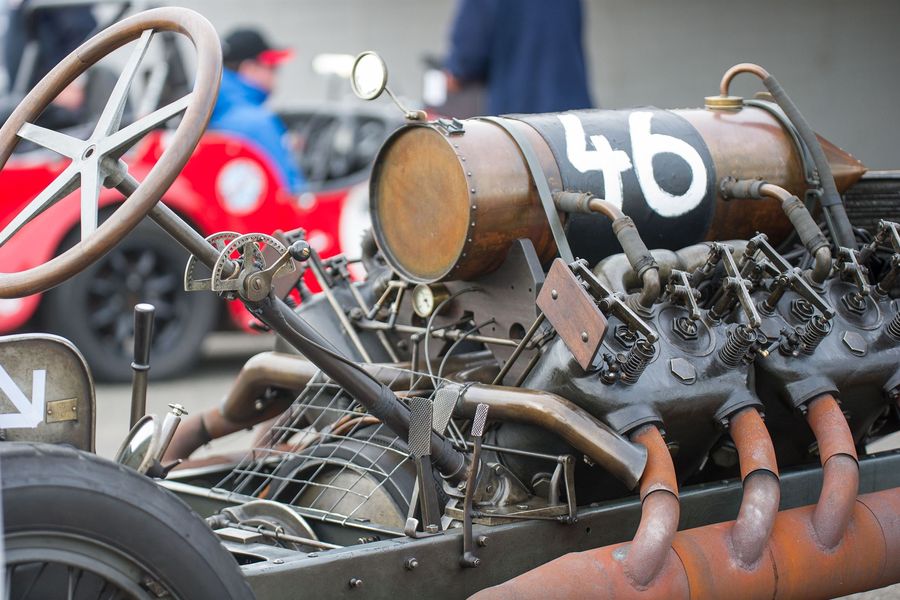 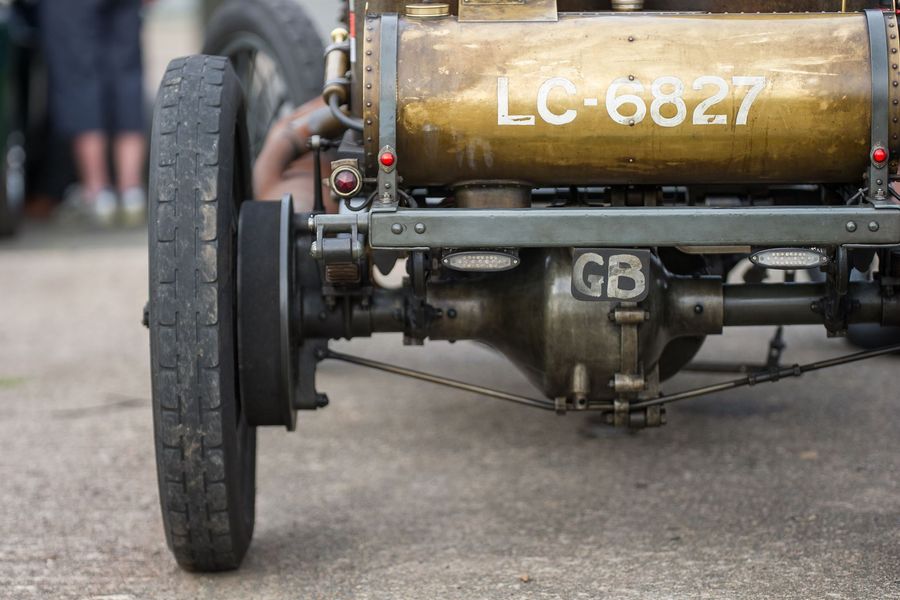 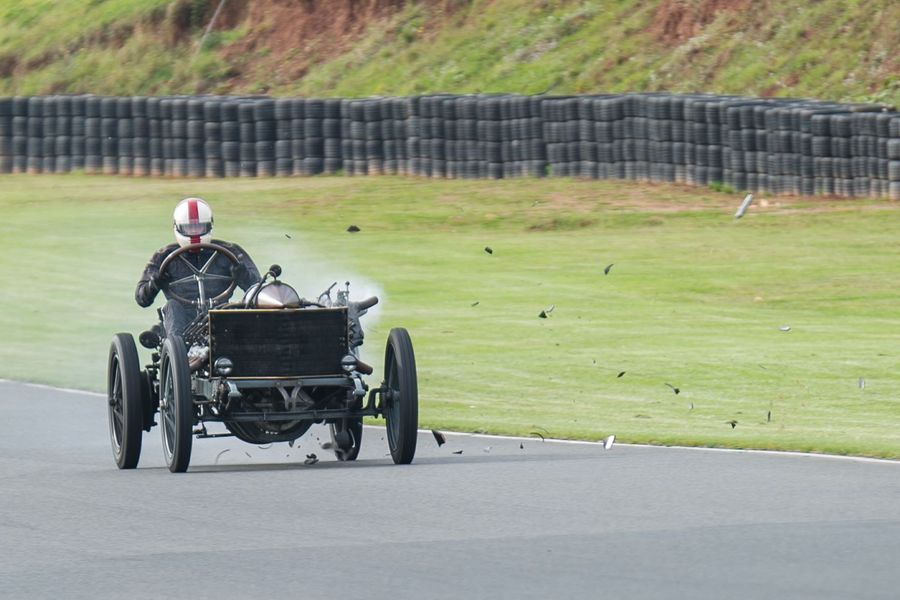 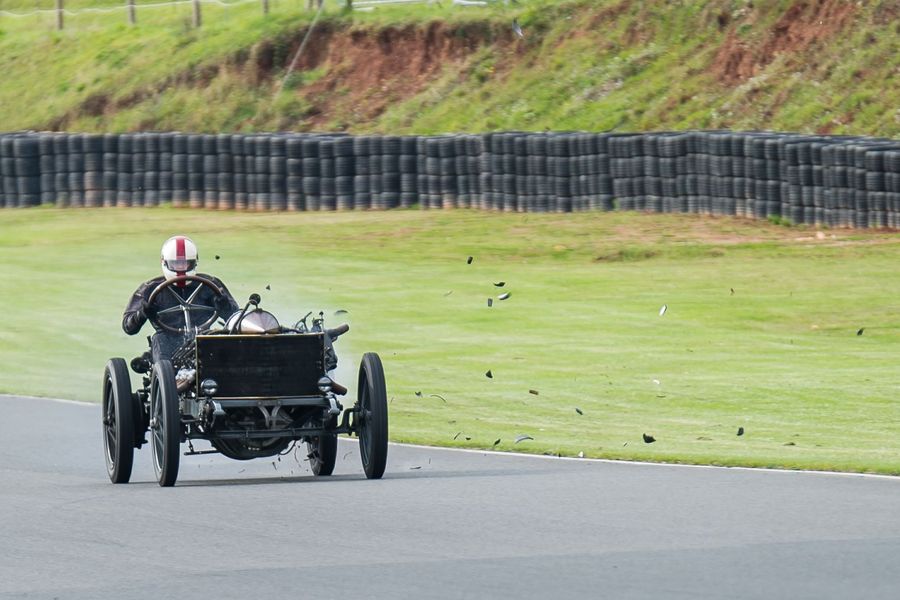 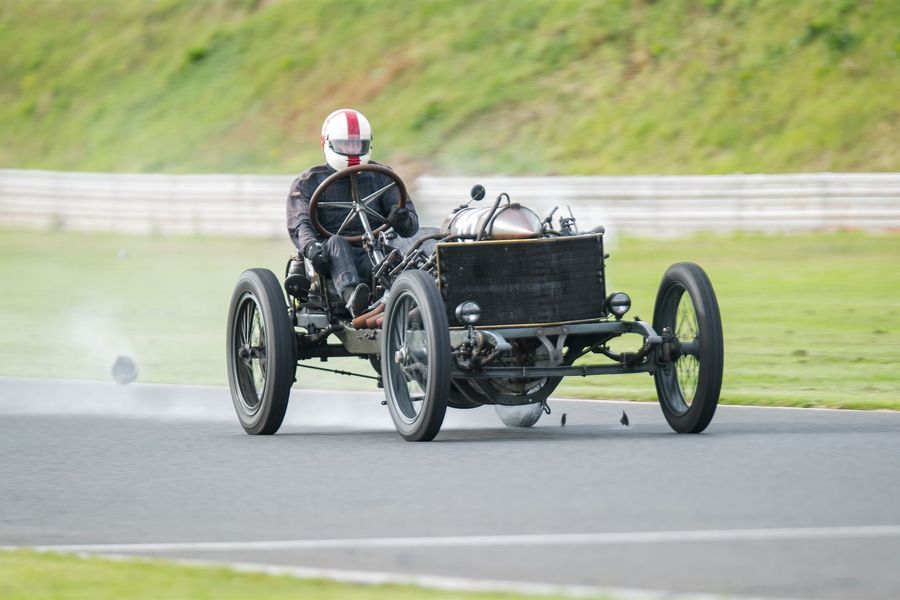 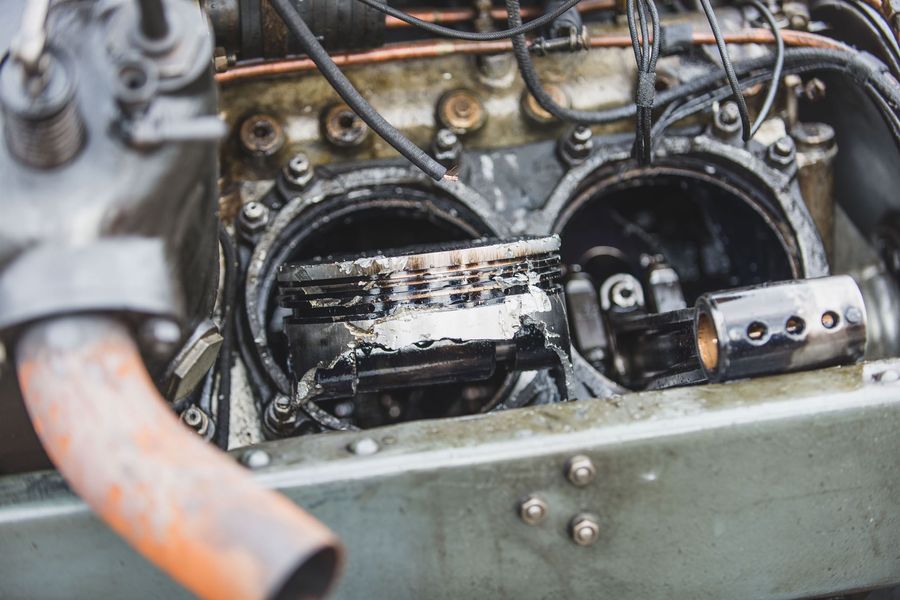 Mark Walker's might 1905 200BHP V8 Darracq is a firm favourite of our at HistoricRacingNews.com, not only because of the history of the car, which at one point held the Land Speed Record, but also for the sheer panache that Mark races it with. We interviewed Mark at this year's Goodwood Member's Meeting - http://bit.ly/2d3bW0E - and thus were saddened to hear of the calamity that befell the car in practice at Mallory Park on Saturday morning and hope the historic car is back racing soon.
Photographer Mike Groom was just in the right place to catch some amazing pictures of the Darracq's engine blowing up and scattering engine parts - including a piston - across the track, click on the Gallery tab for his images, and also tells the story in his own words below:
"The VSCC returned to the ever-popular Mallory Park for its 2016 Race Season finale on Saturday 24 September, incorporating the Club’s illustrious Bob Gerard Memorial Trophies.
"The Leicestershire venue is a firm favourite amongst the Club’s Competitors and Spectators, down to its grassroots atmosphere and superb track that always encourages top quality racing, with the celebrated annual Handicap Race for Pre-1918 Edwardian Cars being my personal highlight of the day, if not the year.
Thanks to the efforts of dedicated Edwardian exponents, Ron Birkett and Richard Black, the unique event – the only one of its kind in the world – had attracted another capacity grid of international Pre-1918 machinery, with almost all taking part over 100 years old, one of the oldest being Mark Walker’s ever-entertaining 1905 Darracq, poised to mount another challenge. My media friends and I had spotted Mark arriving as usual, driving the Darracq into the circuit. However during morning practice, as Mark appeared on The Straight, the car seemed to splutter. Various parts were then ejected while Mark brought the car to a controlled and safe stop, while being unscathed himself.
"The marshals were quick to retrieve the parts, one of which was one of the Darracq's enormous pistons. In the paddock afterwards, there was of course much debate, but it appeared that the studs holding down one of the pairs of pistons had failed causing the block and head to be pushed out sideways. One piston had come away from the con rod at the small end and the other was still in place.
"There was some worrying damage around the main casing where the piston had come away and there was damage to the inlet manifold too, amongst other less major parts. The crankshaft and 6 remaining cylinders seemed relatively unscathed, only time will tell. I for one am looking forward to seeing this car next year, like at this years Festival of Speed, as Mark sits astride it pressing the throttle while it lurches from side to side like a prehistoric monster on amphetamines!" - Mike Groom
Mallory Mark Walker interviewed Goodwood Member's Meeting Land Speed Record 1905 200BHP V8 Darracq Mark Walker