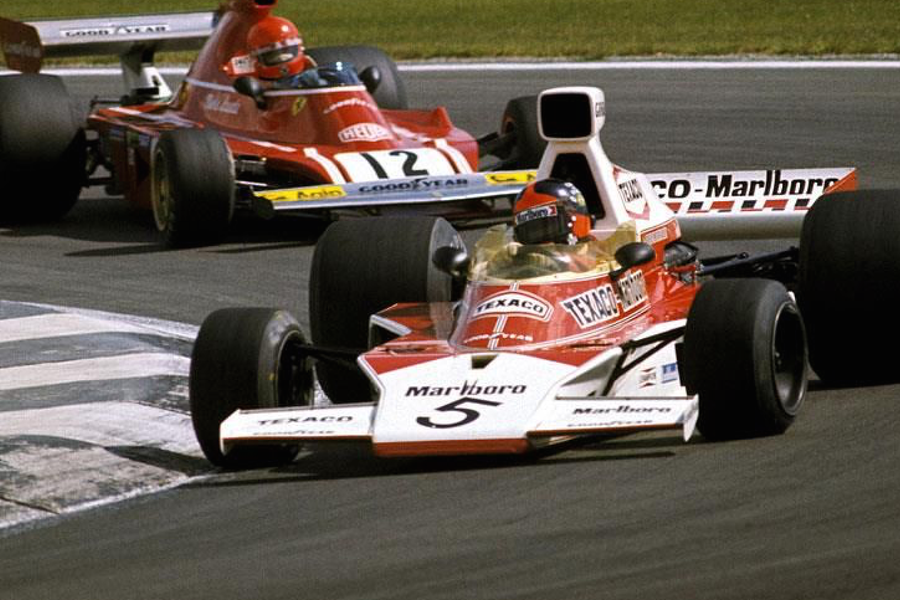 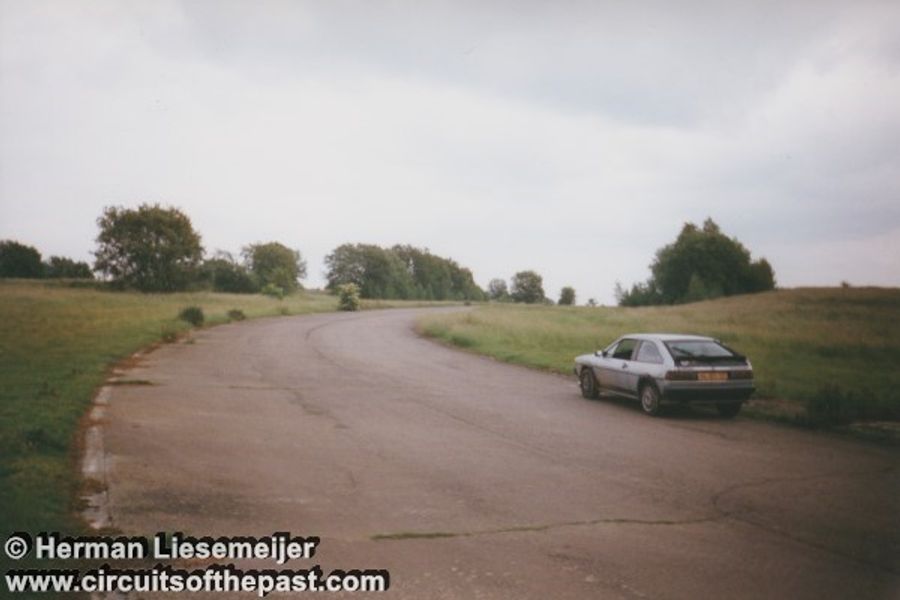 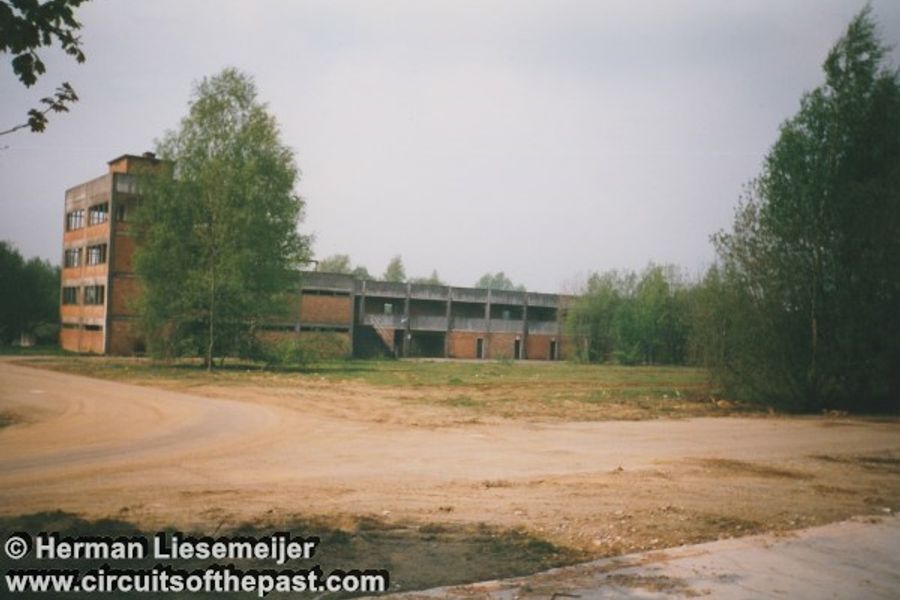 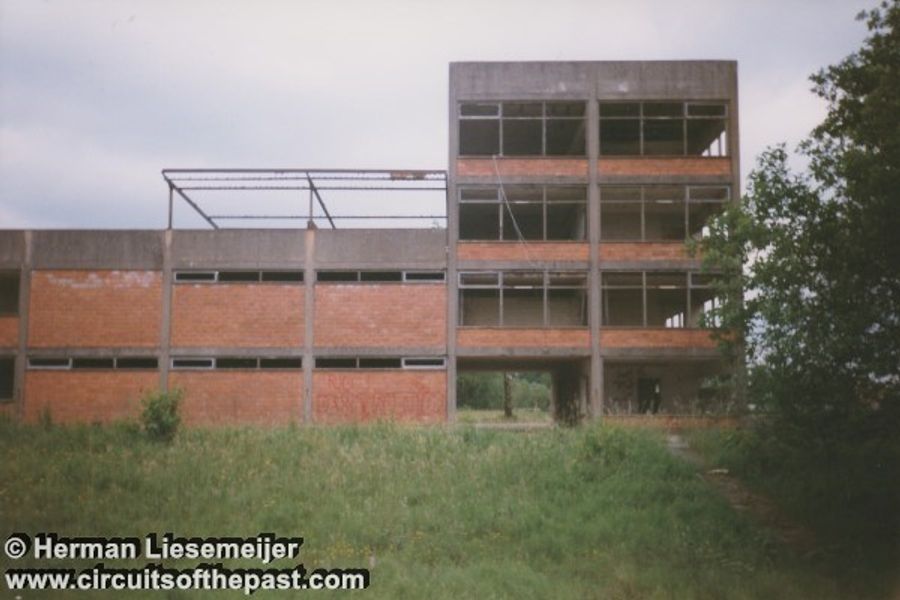 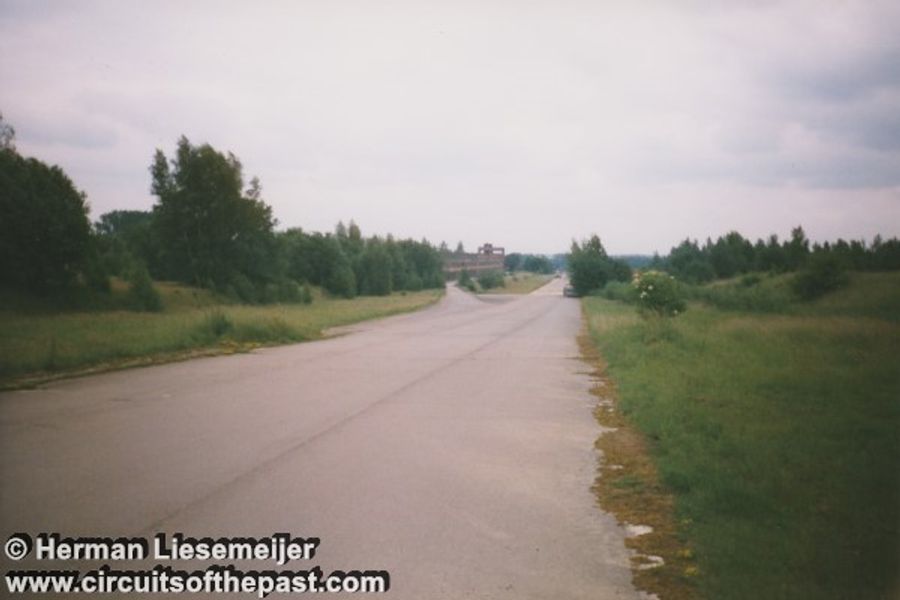 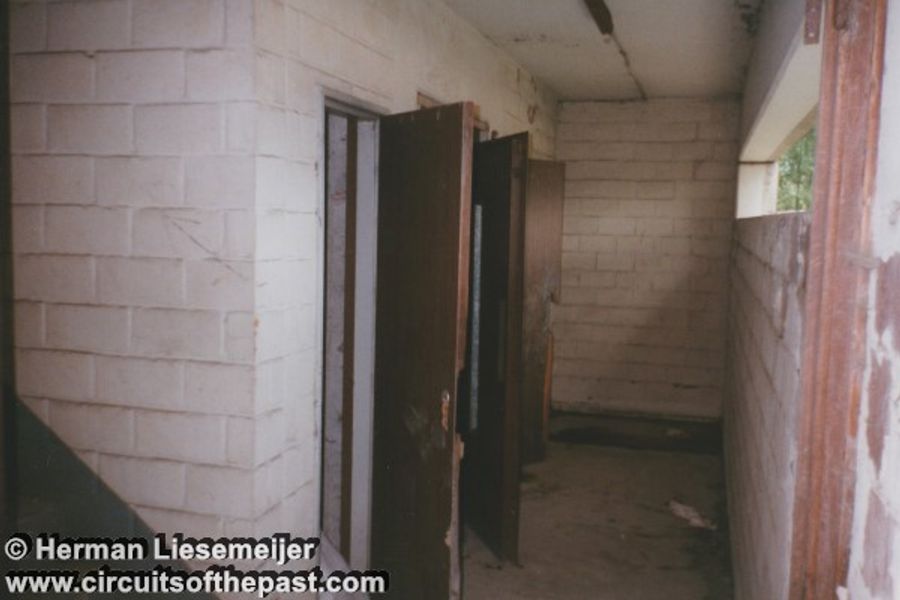 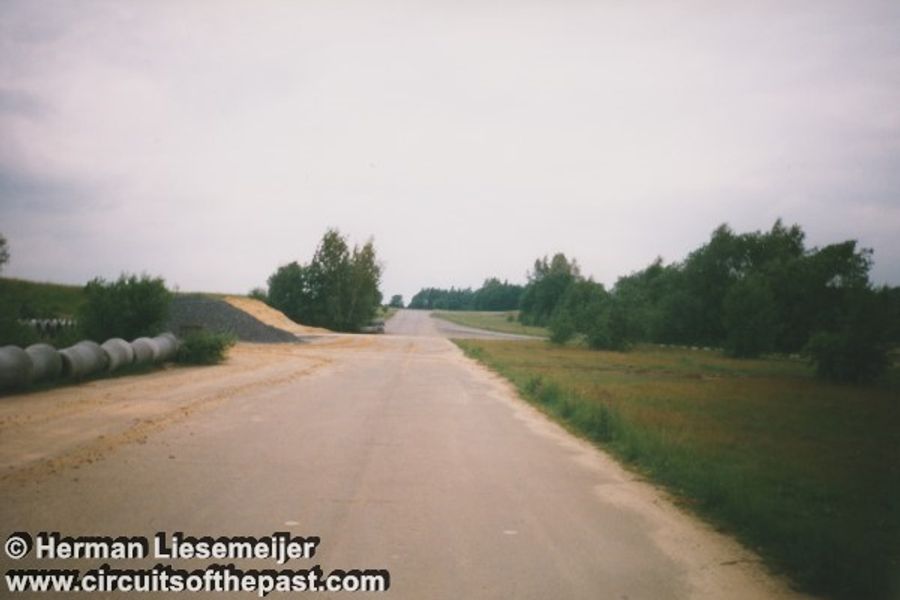 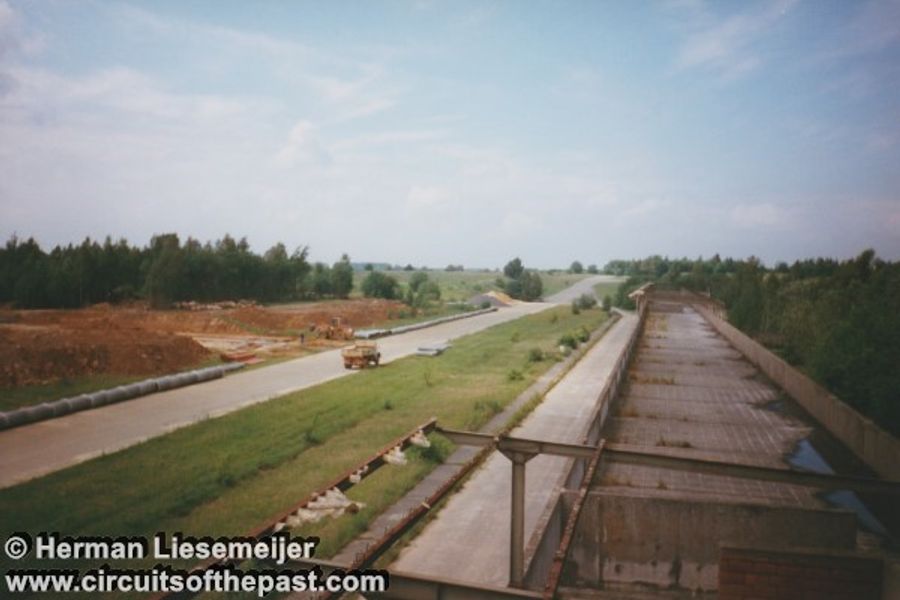 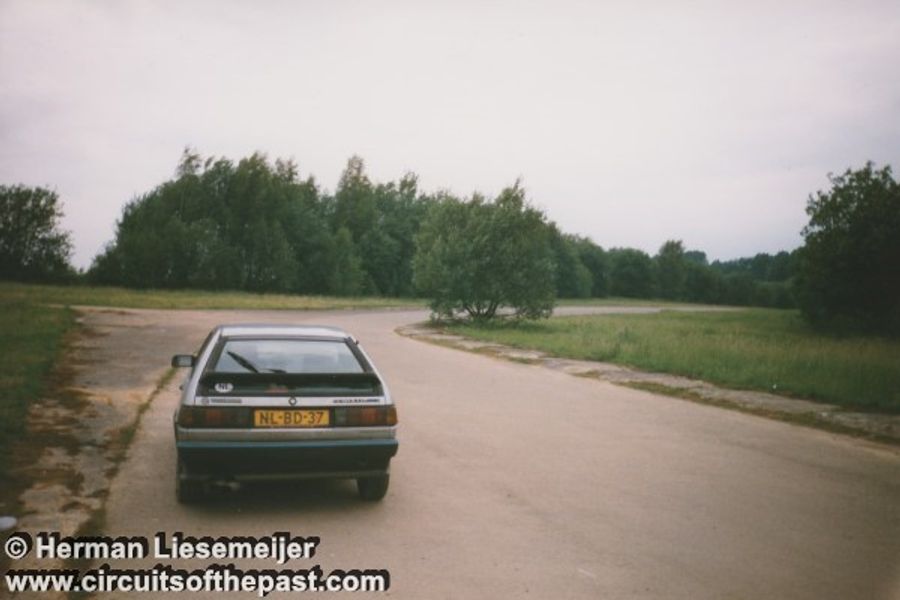 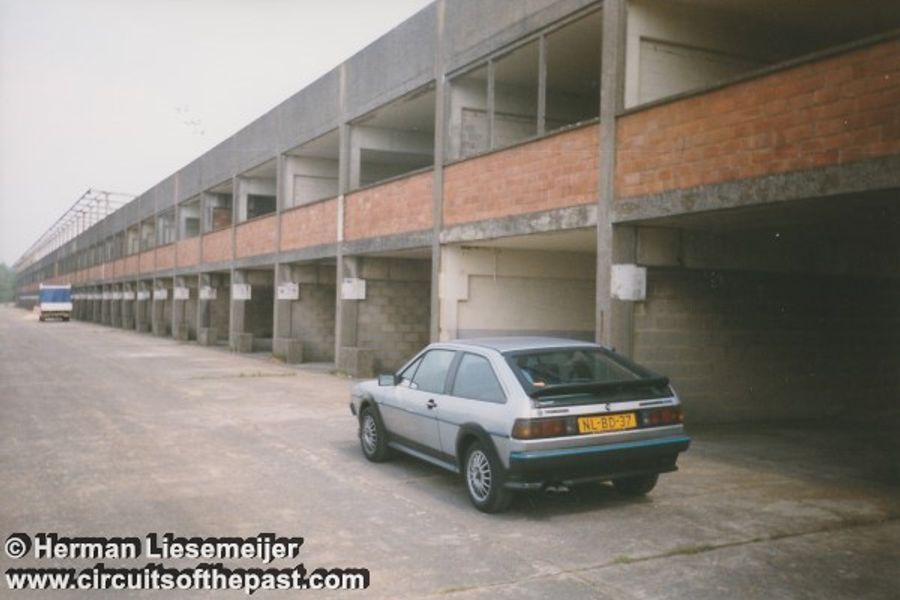 As the first in a new series, courtesy of Herman Liesemeijer of CircuitsofthePast.com we are able to bring you his look at the Belgian circuit of Nivelles-Baulers, which was built in the early 1970s near Brussels to host the Belgian Grand Prix:

The Forgotten Circuit of Nivelles

The Nivelles circuit opened in 1971 as a safer alternative to the old Spa-Francorchamps track. The dangerous road circuit became more and more controversial in the late sixties, and after the 1971 Belgian Grand Prix was cancelled the event moved to Nivelles in 1972.

The original design of Nivelles featured a three-mile long circuit designed by Dutchman John Hugenholtz, who also designed Suzuka. However, due to lack of money, the circuit owners could not buy the necessary land and decided to build a shorter version first, and then expand it later.

This turned to be the first big mistake…once the circuit was there, the owner of the adjacent site wanted more money for his land. That caused the circuit was never expanded and was only 2.314 miles long.

The short layout and the fact it replaced Spa-Francorchamps were reasons that the drivers didn’t like the Nivelles circuit. Nevertheless, the circuit did have a very challenging combination of corners, called the Big Loop. The Big Loop contained two long and fast right-hand corners you could clearly recognise the hand of John Hugenholtz.

However, the operator of Nivelles went bankrupt, and with a lot of effort, new sponsors were found to save the 1974 Grand Prix. Just like in 1972, the Belgian Grand Prix that year was won by Emerson Fittipaldi.

A year later the Nivelles circuit went bankrupt again. The bankruptcy trustee leased it to a new operator. For the 1976 Grand Prix the poor condition of the track surface meant the circuit was not suitable for Formula 1, and because no one could be found to invest in Nivelles, the Grand Prix that year was held at Zolder.

Until 1981 the circuit was still in use for car racing, and was also used for motorcycle races by the Royal Dutch Motorcycle Association. With racing on street circuits was banned in the Netherlands, Nivelles was a good alternative, and for variety it was also used in the opposite direction to normal.

On June 30, 1981 the circuit licence expired, and with no new investment the Nivelles circuit closed forever. But that was not the end of the story…

After its closure the abandoned track was used for illegal racing. During the weekends a lot of people came to the circuit to test their skills or watch others risk their lives. Sometimes there were hundreds of people - even an ice cream seller came along and did good business.

Sometimes the police came to the circuit, and they would drive their car the wrong way around the circuit to stop the racing. For that day it was over, but a week later it would start again. During those years the buildings were vandalised, and stolen cars were found burnt out on the circuit.

In the spring of 1998 I visited the Nivelles circuit for the first time. I was just curious about the track, at the time I was an amateur racing driver and had become fascinated by the lost part of my home circuit of Zandvoort pn the Netherlands.

I went to Nivelles to drive on a new track. I heard the circuit was bankrupt but still there and drivable. Later I would discover I was just in time…

There was an open gate where I could enter the circuit and a narrow road lead to the pit lane. At the gate was a sign that told me in French I entered private property, and I could be legally prosecuted. But I could not resist the temptation and with a mix of the nervousness that I was doing something illegal and the thrill of a new circuit, I entered the track.

I did some laps on the track, then I took some random pictures. It was the first time I saw an abandoned circuit and it impressed me, and once dack home I regretted I didn’t photograph a complete lap of the track.

A few months later I was on my way back from the 24 Hours of Le Mans and I decided to make a small detour to visit Nivelles again, and make do a phototogroahic tour.

Arriving at the circuit I saw they now stored construction material on the main straight and there was also a slot cut across the track made in one of the corners. I realised something was being done with the site but I had no idea what.

Today the old Nivelles circuit is a business park and a part of a public road follows the old race track. There still remains some of the circuit left abandoned and claimed back by nature,  but sooner or later it will be also part of the business park.

That’s the sad fate of the forgotten circuit of Nivelles. A track that was actually never fully completed and went into history as a boring circuit, unless the challenging Big Loop.

Nevertheless, something beautiful has emerged from this circuit... The fate of Nivelles inspired me to start a website about lost race circuits in 2003. First as an MSN group, later as a real website. The name: ‘Circuits of the Past’.

Nivelles twice hosted the Grand Prix de Belgique, on both occasions the race being won by Emerson Fittipaldi, in 1972 for Lotus and then two years later for McLaren, both years the Brazilian went on to take the Formula One World Championship.