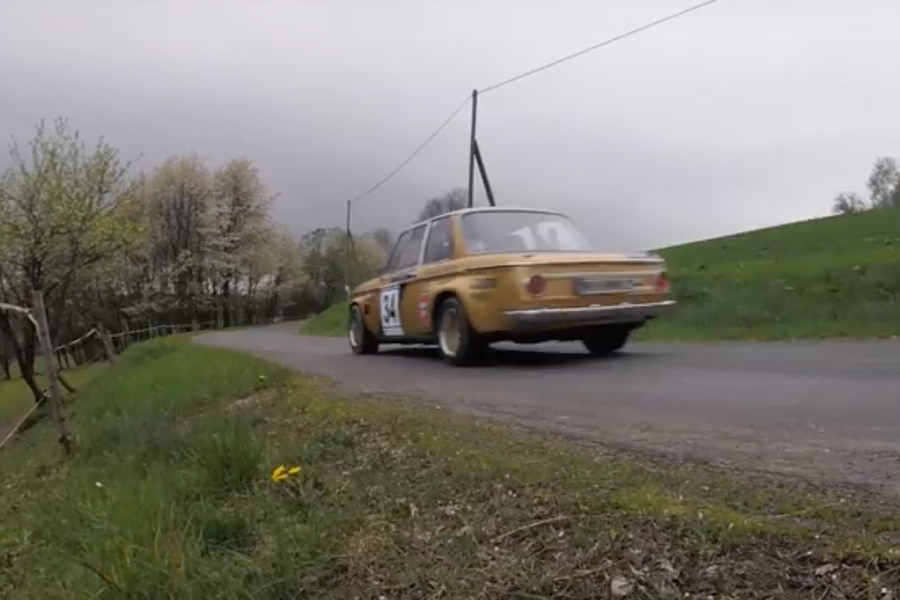 The no1 Lancia Delta Integrale of Italian crew ‘Lucky’ and Fabrizia Pons finished the first day of the Historic Vltava Rallye by 1 minute 35.5 seconds ahead of the category 3 leader, the no8 Porsche 911 SC of Karl Wagner and Gerda Zauner.

The day began dry with the cars heading out from the ceremonial start in the centre of Klatovy but the weather soon started to close in. The first special stage saw nine retirements including reigning champion Valter Jensen after the no4 BMW M3 had a gearbox problem.

SS2 and SS3 saw two more retirements, including the Toyota Starlet of Round 1 Cat. 3 Winner Esa Peltonen, as the weather turned for the worse and the rain began to fall in the strong winds.

Reigning Cat 2 Champion Lazlo Mekler, in the no18 Alfa Romeo 1750 GTam, moved ahead of the no14 Porsche 911 Carrera RS of Paolo Pasutti.

As night fell the competitors completed SS4 and SS5 with the lead of Category 1 being contested by Ernie Graham on the no35 Ford Escort Twin Cam and Michael Putz in the BMW 2002Ti, with Graham getting the upper hand by 4.5 seconds by the end of the day.

The no5 Ford Sierra Cosworth of Mats Myrsell was lying in second place overall after SS5 but a technical problem after the stage forced the Swedish crew to retire.

The sixth and final stage of Leg 1 was cancelled after an earlier accident on the Rallye Sumara Klatovy blocked the stage for the Historic Vltava Rallye competitors.

Category 1 was headed by Ernie Graham (no35 Ford Escort), Lazlo Mekler (no18 Alfa Romeo) held a 30.4 second lead in Category 2.

The second and final leg of the 2019 Historic Vltava Rallye will feature eight special stages with the first at Klenova starting at 08h05 on Saturday 27th April.