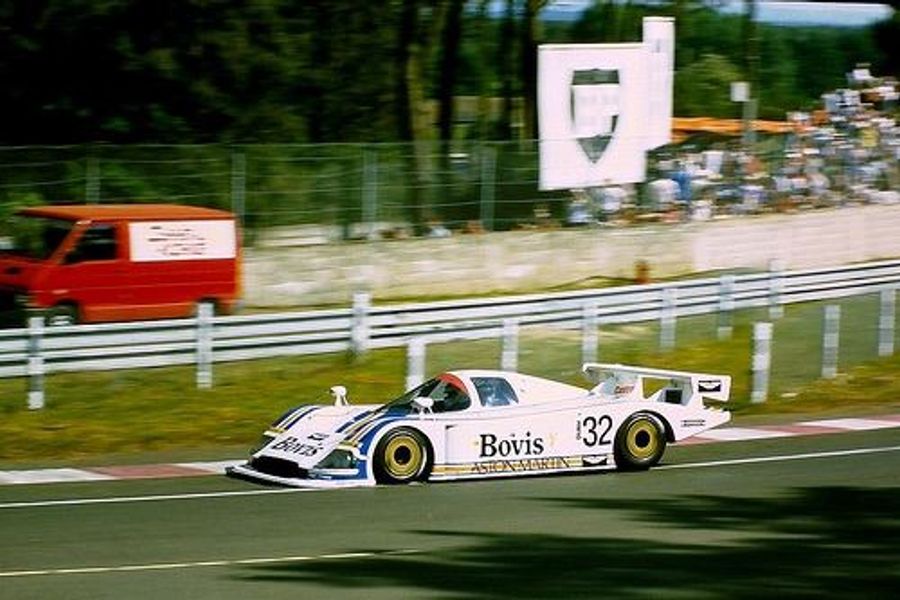 We are sorry to report the death of Michael ‘Mike’ Salmon at the age of 82. Anyone who followed motor racing, and particularly sports car racing, in the sixties and seventies will remember his exploits. His 13 Le Mans appearances started in an Aston Martin DB4 Zagato in 1962 and his final participation was in 1984 in a Group C Nimrod Aston Martin!
Along the way Mike drove many different vehicles. He will be remembered not only for his exploits in Ferrari and Aston Martin chassis but he also raced in the Ford GT40 which was to provide the biggest accident of his career. He explained that as he reached Mulsanne Corner at Le Mans on his first lap after a pit stop, the fuel filler (which was situated just in front of the windscreen’s lower corner) popped open. He realised that (a) he had no option but to brake for the corner (the heaviest braking point of the entire lap) and that that would cause the fuel to exit the filler and probably catch fire. He watched the inevitable unfold and he was badly burned in the accident.
He returned to Le Mans the following year but then for a while concentrated on club racing in a series of historic cars. He was tempted back to top line racing however and was back at La Sarthe in Pobin Hamilton’s fearsome AMV8 in 1977 and 1979. He finished his top line career with the Nimrod team in 1982-4.
Mike Salmon’s career spanned his first race in a D Type Jaguar (when the car was in its heyday) through to Group C, a feat which is unlikely to be repeated. We extend our sympathies to Mike’s family and many friends.