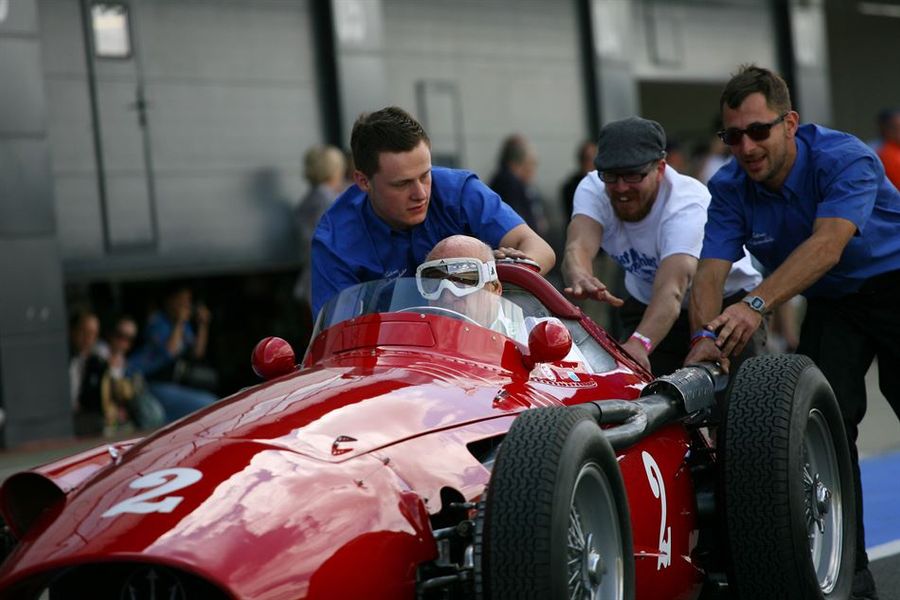 Born this day in 1929, Sir Stirling Moss started 66 Formula One Grand Prix, taking 16 wins, 16 pole positions and 19 fastest laps. From an era when a driver would race a broad selection of cars, often during the same meeting, Moss was the first non-American to win the Sebring 12-Hours, took a famous Mille Miglia victory, and was the first person to take a win in a rear-engined F1 car...to name just a very few of his many accomplishments.

One of the few sportsman instantly recognisable from  just his first name, Sir Stirling has been a pillar of the British motorsport establishment for over 60 years, racing competitilvely into his 80s and finally hanging up his helmet at Classic Le Mans in 2012, making the announcement in the pitlane on air to Historic Racing News.com’s own Paul Tarsey.  A guest of honour at numerous events, a highlight of the summer’s Silverstone Classic was to see Sir Stirling lapping once more in a Maserati 250F, the car in which he proved his worth in the 1954 Grand Prix season, his exploits as a privateer seeing him in the Mercedes team for 1955.