The Green Hell - Feature Length Documentary on the Nurburgring 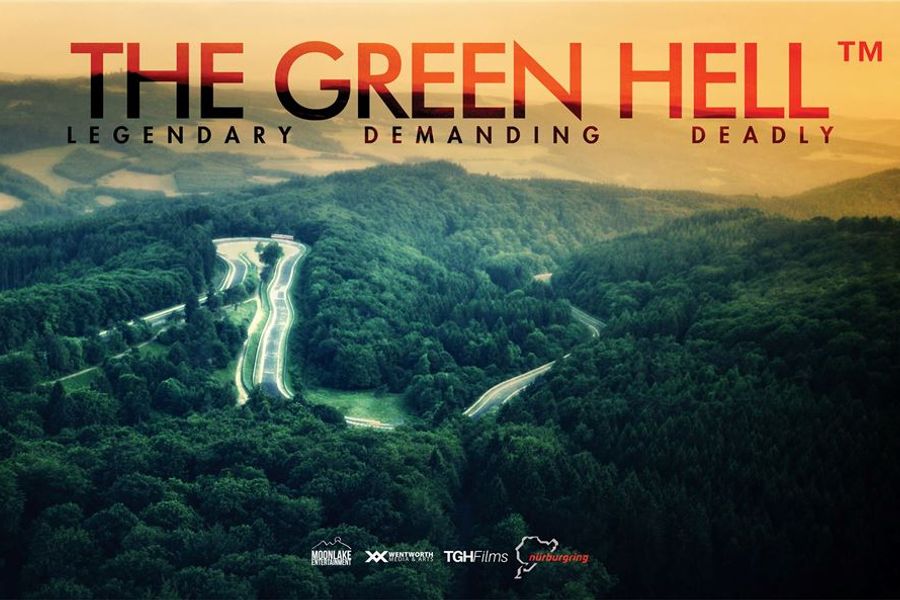 A new documentary about the mighty Nürburgring circuit will debut in cinemas on Tueaday 21at of February – featuring contributions from some of the racing greats who competed on the full German circuit. “The Green Hell’ is narrated by Murray Walker and SKY Sports’ David Croft, and is a feature length presentation looking at the famous ex-Grand Prix circuit.
“I grew up in Austria at a time when Jochen Rindt and Niki Lauda were ruling Formula One,” said director Hannes Michael Schalle, “and I have never forgotten what it felt like to watch these fearless racers go toe-to-toe.
“The Nordschleife typifies the danger that went hand-in-hand with racing in this iconic era of motorsport, and our movie very much places audiences at the heart of this. By putting interviews with heroes from this death-defying era alongside never-before-seen footage, we believe we will have audiences on the edge of their seats.”
Containing interviews and comments from drivers such as Sir Stirling Moss, Jochen Mass and Sir Jackie Stewart, who, despite an acute awareness of the dangers of the 14-mile circuit took one of his most famous victories there in the 1968 German Grand Prix, winning a wet race by over four minutes. Triple Formula One driver Niki Lauda is a racer forever linked to the circuit, and he is also featured talking about racing at the track.
The film will be shown in cinemas across the UK, Ireland, Germany and Austria, at selected Odeon cinemas – details of locations on the Odeon website.
“Our film shines new light on this terrifying circuit with the help of the very men who contributed to its fame,” explained Executive Producer Bill Lewis. “By sitting down and speaking to these legends of four-wheeled racing, it reminds you just how dangerous that era was, especially at the Nürburgring.
“With audiences used to the more sanitised modern-day equivalent, we think it is the perfect time to hark back to a dangerous, yet golden age of the sport, and we thank Odeon for giving us the opportunity to screen our film to all of those motorsport fans. We think they will get a big kick out of it.”
‘The Green Hell’ trailer: https://vimeo.com/199632781
Nurburgring Documentary