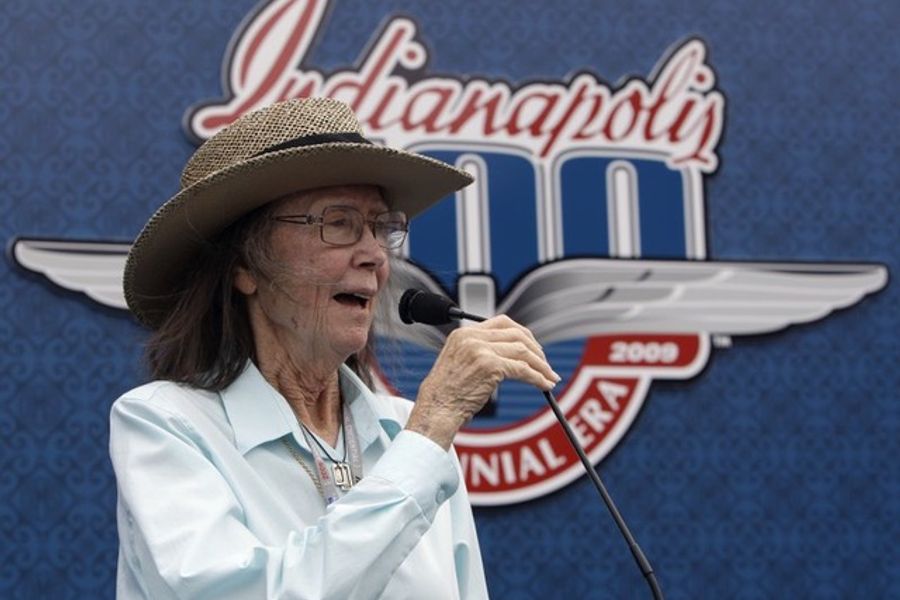 Mari Hulman George the matriarch of the family dynasty that owns and runs the Indianapolis Motor Speedway has died at age 83.   Hulman George served as the IMS Chairman of the Board Emeritus.

Born Mari Antonia Hulman on Boxing Day 1934 in Evansville Indiana, she was the only child of Tony Hulman and Mary Fendrich Hulman.  Mari grew up around the racetrack during a time after her father Tony purchased the speedway in 1945 and turned the Memorial Day classic into the “Greatest Spectacle in Racing”.  She spent her entire life around the drivers and their families and they always held a special place in her heart.

Committed to a life in racing she formed the HOW racing team before the age of 21.  In 1957 she married driver Elmer George and ran two entries for the driver in 1962 and ’63.

Eleven years after the 1977 passing of her father Mari took over Chairmanship of the Board from her mom Mary Fendrich Hulman.  In 1996 amid the furor of the Indycar civil war Hulman George took the next baton from her mother delivering the famous call for, “Gentlemen Start Your Engines” that was started by her father, at the beginning of every Indianapolis 500 Mile race.  She served that role until 2016 when she stepped down.

Her son Anton H. “Tony” George has since taken over chairmanship of the board and summed up his mother, via the Indycar website, this way:

"Our mother was such a unique, wonderful person. She loved her family, friends, auto racing and animals with equal passion. She was a quiet pioneer in so many ways, from owning a race team in the 1950s and 1960s to overseeing a period of tremendous growth and evolution while chairman of the board at IMS. She was known by millions as the woman, who gave the command to start engines for the Indianapolis 500 and other events at the speedway, but her true legacy will be the generous and kind philanthropy she learned from her parents. That compassion and desire to help people and animals every day are the true hallmarks of her incredible life. We love her deeply and will miss her every day, while ensuring that her spirit and generosity live forever at IMS."