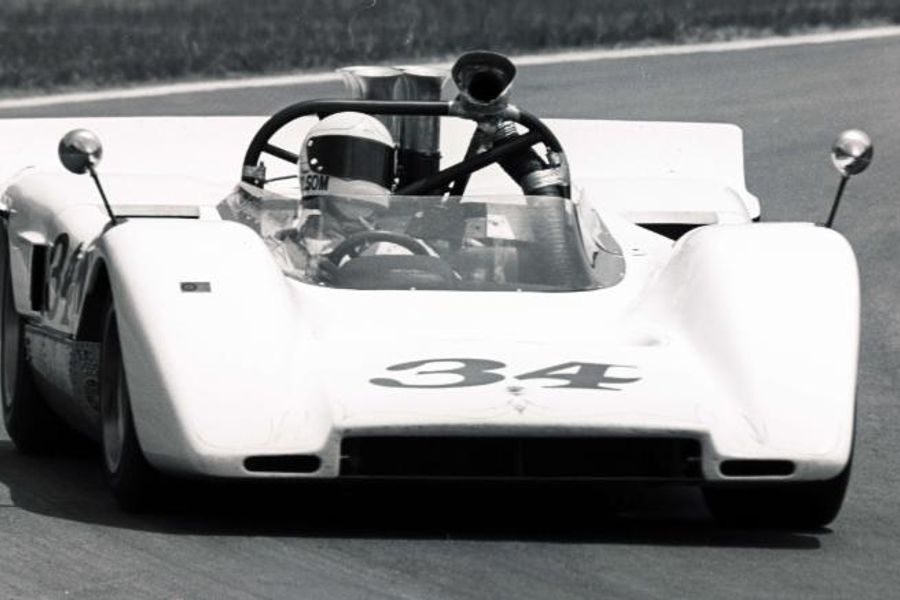 On Saturday April 6th longtime friend and former board member of the Amelia Island Concours d’Elegance died at his home in Jacksonville, Florida. A lifelong racer and racing enthusiast, George Drolsom went to work for a Porsche dealership in the mid-fifties. He began racing a Thunderbird - number 34, for the state road that ran by his farm in Sandwich, IL - in SCCA B Production.

George is best known for his many races in Porsches - his first in 1956 driving a 356 Speedster - and he became a regional representative for Porsche over a 12 state area. Becoming the first American and first non-German employed by the Porsche factory, George moved to Jacksonville and began a long association with the German marque and Brumos Porsche.

Drolsom logged 93 IMSA GT starts and 13 in the 24 Hours of Daytona where he won the 1967 2-Liter Touring class in his Porsche 911. He earned additional class wins at Nassau Speed Weeks and the 12 Hours of Sebring.

George joined the SCCA Can-Am series racing McLarens and Lolas in the high-dollar, high-horsepower pro series in the 1960s and 70s. The final race of George’s career came in a Porsche 944 at Sebring more than four decades after his first race in the Thunderbird.

George’s racing accomplishments, his razor wit, his exceptional mechanical skills and disarmingly casual manner made him a local celebrity in Jacksonville’s deep car culture and community. Seeing his Porsche 911 parked in the Amelia Concours HQ’s parking lot brought smiles because he was a naturally gifted raconteur, especially when the subject was automotive. He was a star. He was a life-long member of the SCCA and a member of the prestigious Road Racing Driver’s Club.

"George’s personality was one of quiet demeanor, serene disposition, and subtle wit. He was also known as “Lonesome George” echoing the George Gobel character whom he resembled. George and I raced against each other in the Firestone Firehawk Series and shared a Hertz Unlimited Mileage Lincoln Towncar with Innes Ireland and Dick Starita in the first Cannonball One-Lap-of-America," recalls Bill Warner, The Amelia's Founder and Chair. "If you had to spend eight days and 9,600 miles in a car with someone, George would be the choice."

﻿All of us at HistoricRacingNews.com would like to join the the Amelia Island Concours community in extending our condolences to his wife, Linda. There will be memorial Service for George on May 4 in Jacksonville.