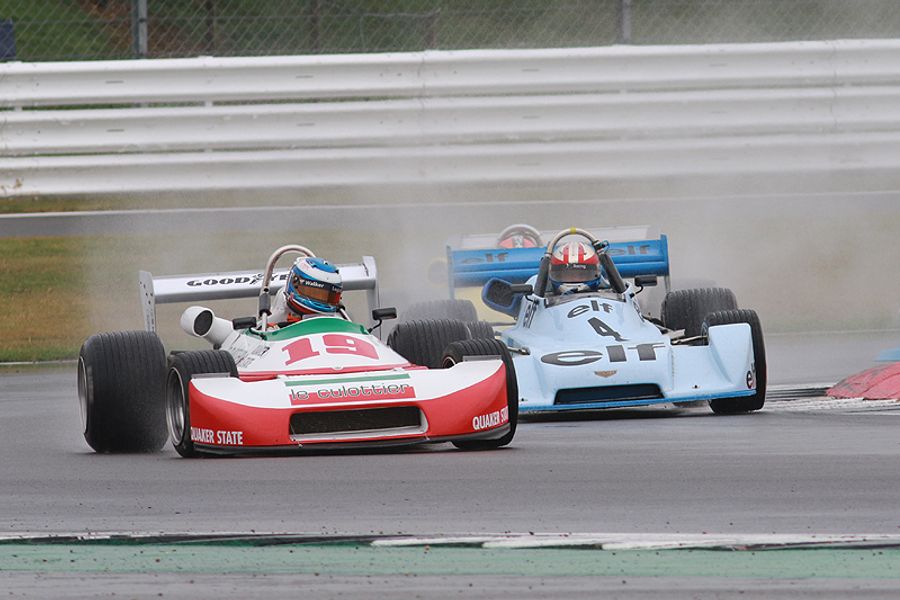 Another capacity field of cars will contest the deciding rounds 11 and 12 of the HSCC’s Historic Formula 2 FIA International Series at Dijon-Prenois in France this weekend (5th-7th October).

The big story at the Dijon Motors Cup meeting is accomplished historic racers Martin O’Connell and Miles Griffiths concluding a season-long Historic F2 battle for the Bruno Giacomelli Trophy for the later 2-litre cars. O’Connell (Chevron B40) and Griffiths (Ralt RT1) will top a capacity grid of 35 cars for the final two races of a record-breaking year for Historic F2.

After a difficult weekend at Zandvoort last time out when a detached flywheel prompted two non-finishes, Griffiths trails by 17 points but with 29 points available the contest is still wide open and either driver would be a worthy winner of the Giacomelli Trophy.

A whole gaggle of quick drivers will be chasing race wins including Matthew Watts (Martini Mk19/22), Martin Stretton (March 782), Matt Wrigley (Chevron B42) and David Tomlin (Rondel M1) and it is Tomlin who currently lies third in the category points after a fine season in the rare Rondel. Indeed, should O’Connell and Griffiths both have major problems in France Tomlin could yet snatch the main award.

Meanwhile local ace Robert Simac (March 712) and Mark Goodyear (Lotus 59) are vying to be overall top scorer in the championship. Multiple champion Simac, who tops the Jochen Rindt Trophy, has just two points in hand over former hillclimber Goodyear who is having an exceptional season and currently heads the Vern Schuppan Trophy for the early Formula Atlantics. Nick Pancisi (March 712) could steal the Rindt Trophy if Simac fails to score, while Paul Tonkin (Chevron B29) is the closest rival to Goodyear.

Australian commuter Marty Bullock (Chevron B34) leads the Gilles Villeneuve Trophy for the later Formula Atlantics, but has series newcomer Peter Micklewright (March 76B) close behind. However, Mike Wrigley (March 79B) could yet dive ahead on his return to the class. Bullock’s countryman Stephen Weller heads the Jim Clark Trophy for the non-winged F2 cars in his Elfin 600B.