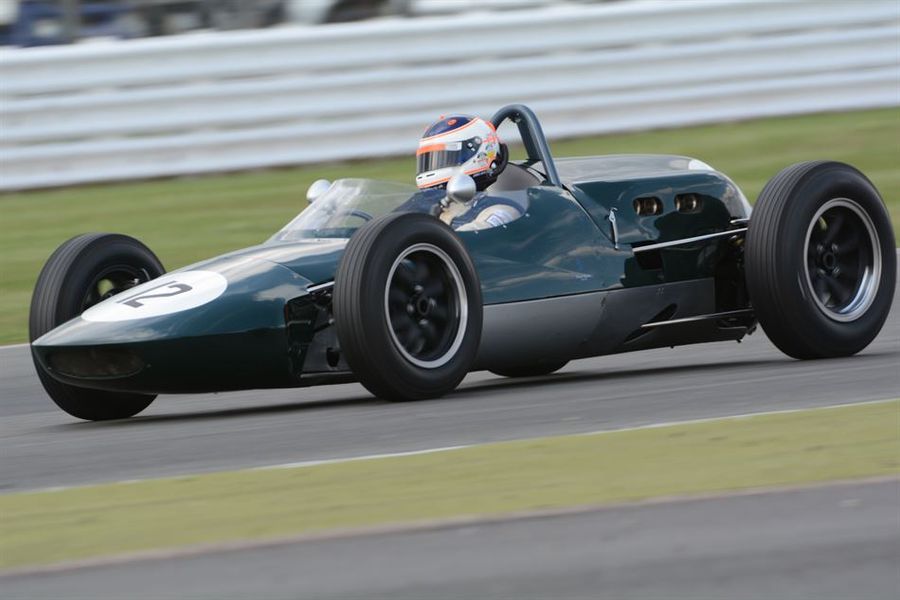 Highly respected racercar designer Len Terry has died at the age of 90, having been involved in some of the most iconic cars of the 1960s both in Formula One and beyond. Born in the East End of London, after working on a Formula Junior project and having designed his own Terrier sportscar as well as working as a draughtsman in a number of non-motorsport roles, Terry joined the nascent Lotus team in the 1950s.

“I designed and built myself a racing car with the help of my good lady wife Iris,” Terry told the Lincolnshire Echo newspaper in 2012, “in our front room in Tottenham over the winter of 1957-58. It was called Terrier. One of the parameters for the design was the size of the sash window which we had to remove to get the car through.”

Terry started starting as a draughtsmen but quickly rising to take on design responsibility for taking Chapman’s often innovative ideas and turning them into reality. The two parted company in 1959, it never having been a easy relationship, but reputably worsened by the Mk11 version of the Terrier beating all-comers, including the Lotus’s own cars, in the hands of Brian Hart.

Terry then worked for Sid Greene designing the Gilby Formula One car (pictured) that contested two world championship events and a number of non-championship races in 1961 and 1962. At the end of 1962 Terry rejoined Lotus, in particular taking design responsibility for the Lotus 33 that Jim Clark took to the World Championship in 1965.

“Colin had asked me to go back to Lotus and I said 'no',” said Terry in that newspaper interview. “But he went to see my wife when I was at work. He took her flowers and chocolates to get her to persuade me. When he mentioned he wanted to go for the Indy, I said 'yes'. It had always been an intention of mine.”

He had a deep influence on the team’s Indianapolis 500 campaigns, working on the Lotus 29 that Clark took to second in 1963, and designing the 38 that the Scot took to victory in 1965 – the project taken from design concept to race win in the amazingly short timescale of four months.

Leaving Lotus for a second time, Terry worked for Dan Gurney’s All American Racers team, producing the Eagle T1G Formula One car that Gurney took to victory at Spa in 1967, the same basic chassis also at Indianapolis by the team. Moving to BRM later that year, he caught that team during a downturn of their Formula One fortunes, an abortive Formula Two project also coming to naught.

A Formula 5000 car designed for Leda was taken up by John Surtees to become the TS5, the car taken by David Hobbs to second in the US series with four wins. Later in life Terry was a keen cyclist and table tennis player, he also worked closely with Classic Team Lotus, including helping with the restoration of the Indy winning Lotus 38.