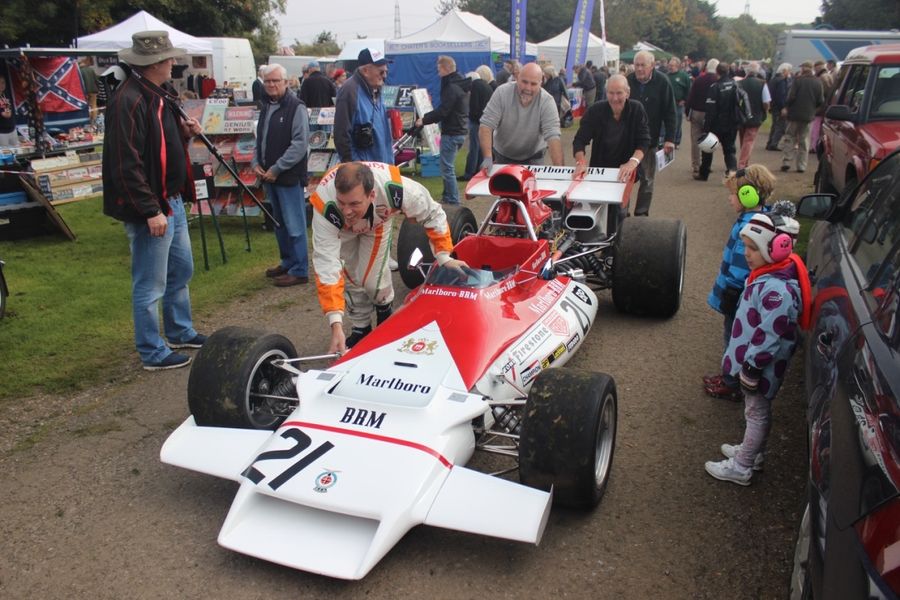 It is looking more and more likely that the UK Government will bring in a ban on ‘mass gatherings’ with the ongoing Coronavirus (Covid-19) pandemic - a move that will have a big impact on not only historic motorsport but the sport and its infrastructure in general.

While the big marquee events of the year, the Goodwood meetings, Silverstone Classic etc which attract ten of thousands of spectators obviously fall into ‘mass gatherings’ category, even a normal Historic Sports Car Club or Vintage Sports Car Club meeting will put in one place at one time over 500 people (the oft-quoted criteria) once you tally up competitors, people working on the cars, circuit staff, marshals, race officials etc.

With the FIA already cancelling events from the opening round of the European Historic Sporting Rally Championship which was due to start Friday in Spain to the opening three Formula One Grand Prix of the season, they have made their stance clear - if a little last-minute:

“We continue to rely on the input and advice from the World Health Organisation (WHO) and governments," said FIA President Jean Todt, “and will work with them throughout this unpredictable period to safeguard the fans, competitors and all of the motor sport community.”

Motorsport UK have a page of very sensible advice which we have no hesitation in pointing you towards: UPDATED – Motorsport UK COVID-19 advice to UK motorsport community.

Of the major British organising bodies, the British Automobile Racing Club (BARC), based at Thruxton but who run meetings across pretty much all the UK’s major race circuits, have said that at they intend to run as usual but are aware that this is a rapidly evolving situation. They also state that regardless of anything stated in their Terms and Conditions, competitors and spectators who have already paid for entry at any venue will be refunded if it becomes necessary.

THR British Racing and Sports Car Club - who have their opening events of the season at over the next two weekends at Silverstone and Oulton Park respectively  - at the moment intend to go ahead but are monitoring advice from the UK Government, the NHS and Motorsport UK. Should events be cancelled, they will attempt to reschedule, and if that is not possible allow competitors to transfer an entry payment to another meeting or issue a refund.

The HSCC are currently sensibly pointing members toward Government and Motorsport UK advice, but also in a statement said:

“With the possibility of events being cancelled both here and in Europe, we would like to re-affirm the HSCC policy regarding the cancellation of race entries. In the event of a race meeting being cancelled, due to Government restrictions imposed by the Covid 19 Virus, the HSCC will issue a full refund against that event. If a competitor, as an individual, finds they have to self-isolate or are in a region where a travel ban is imposed, again a full refund will be issued.”

The VSCC join the major organisations in sharing Motorsport UK’s advice with their members, and are running their Herefordshire Trial this weekend - but with a low density of people in the open across a wide area so could easily be a concidered a low risk event?

As we commented in our analysis on Friday (link above), the implications for organisations and their staff is huge, let alone the other businesses that rely on motorsport for their income. A prolonged halt of activity will have huge effects on their financial position, and even when this pandemic does pass, what will be the ability of the sport to bounce back to its pre-coronavirus state?

In our earlier piece we said that the Goodwood Road Racing Club are in an unenviable position with their Member’s Meeting scheduled for the end of this month and the pressure to make a decision mounting due to circumstances beyond their control. They currently going ahead with their events, and have made a statement and issued advice to attendees HERE.

We are hearing stories about a number of meetings and their potential status - but with the knowledge that people’s livelihoods could ultimately be at stake here, will pass on official statements when we receive them and try to extract the reality from the rumour.